Hello, everyone! With the year of 2017 officially over, it’s time to exam the “best” and “worst” movies that of that year. Indeed, there was a lot of movie releases seeing in 2017 In total, I’ve personally seeing (and reviewed) over 81 new movies that were released in the year of 2017, some were very recognizable, while others were “sleepers” that flew underneath the mainstream radar. There were also a lot of movies that made big money at the box office in 2017 as well as some that gained critical praise from both critics and moviegoers. And yet (in amidst those movies), 2017 saw a number of pretty “bad” films. Whether by a flat story, bad acting, weak writing, or poor execution, these movies were just plan horrible with little to no interest in purchasing a ticket to see it theaters or to buy / rent it for its home release a few months later.

“Not Much Under the Hood”

THE NUT JOB 2: NUTTY BY NATURE 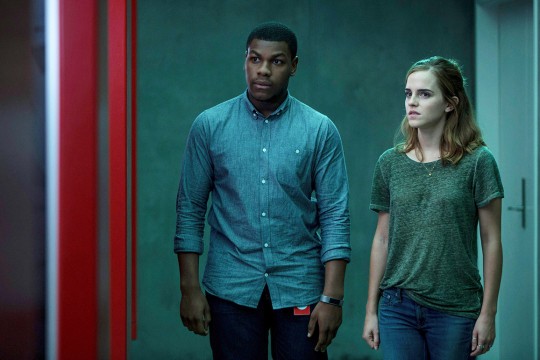 “Reynolds and Jackson Shine in This Otherwise Dull Movie”

When all seems lost, a few brave souls can save everything we’ve ever known” says one of the characters in Transformers: The Last Knight. Michael Bay’s fifth film in this franchise brings new elements to the movie, expanding on the characters and events that happened in Transformers: Age of Extinction. Unfortunately, the mixture of Transformers with Arthurian legend doesn’t go well with each other, finding Michael Bay’s film to be too confusing and too much in love with its own story for anyone to care about. Coupled with an overstuffed plot, a weak script, flat / annoying characters, and the classic of Bay’s excessive blockbuster formula, Transformers: The Last Knight reaches low-point for this franchise, proving that this cinematic adventure is in dire need of a new director or to just simply end this saga of Autobots and Decepticons altogether.

Back in the 90s, the TV show Baywatch was a successful hit, showcasing a team of lifeguards that protect their beach from danger and saving the lives. It was a recipe that lasted for quite awhile as a television series and one that Hollywood would eventually want to replicate with 2017’s Baywatch, an action-comedy feature film. Unfortunately, the film lacks and ultimately falters in many crucial areas. Its action sequences are weak, its raunchy comedy bits are flat-out unfunny, the characters are all cookie-cutter, and the story is so derivate that it becomes painful to watch. Even the star power of Dwayne Johnson and Zac Efron could keep this movie afloat. All in all, Baywatch wants to be like 2012’s Jump Street, but ends up being more like 2004’s Starsky & Hutch…. forgettable and unmemorable. 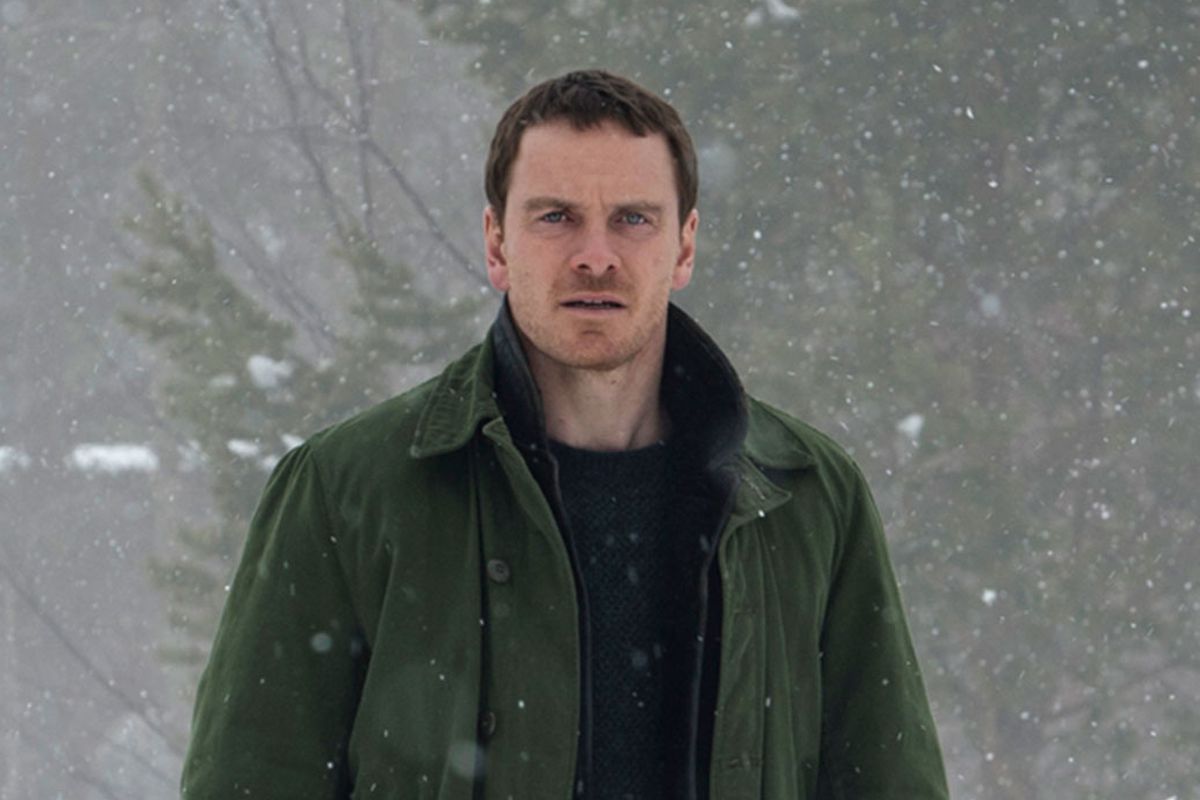 Norwegian native-born Jo Nesbø is an international bestselling author, with his detective Harry Hole series captivating mystery readers around the world. Given his literary popularity, it was a forgone conclusion that Hollywood would want to try to recreate one of Nesbø’s mystery crime novels for a cinematic tale on the big screen. Unfortunately, The Snowman, which was directed by Tomas Alfredson, is doomed right from the get-go. It had a solid source material (from Nesbø’s novel), it had all the right nuances for a European-flavored Noir /crime thriller, and it had the actors (Michael Fassbender, Rebecca Ferguson, etc.), but the movie just floundered. With a generic plot narrative, disjointed side stories, flat characters (both in lead and supporting ones), and an overall drab melancholy overtone, fails to impress and ultimately feels like a waste of talent across the board. 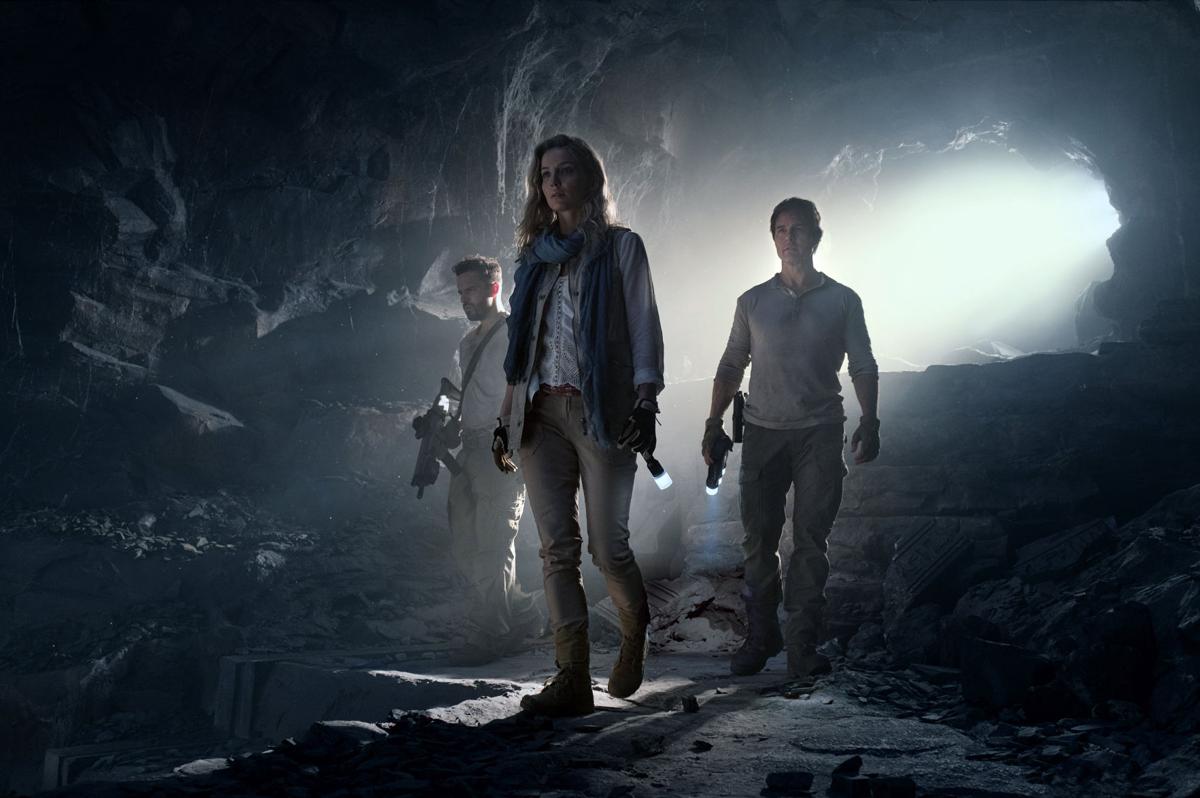 In Hollywood’s recent years, multiple shared cinematic universes began to surface, producing a series an interlinking feature films that connect together to one another. In an age of cinematic universes of superheroes, Universal Pictures sought to revive its classic monsters within the “Dark Universe”; a shared universe of Dracula, the mummy, the werewolf, the invisible man, etc. Unfortunately, 2017’s The Mummy, a reboot of a reboot and which was supposed to be the starting point to this cinematic universe, was just as lifeless as the undead Princess Ahmanet. From a formulaic narrative, a busy setup of trying to establish its expanded universe, a weak script (and its dialogue), and undeveloped / cliché characters, The Mummy fails to capture excitement and entertainment value, which makes this monster cinematic universe stand on shaky ground…or rather doomed from the start.

In 2015, the film adaptation of Fifty Shades of Grey, based on the uber popular bestselling erotica novel, was released, with many critics and moviegoers have mixed to negative reviews on the film, despite the movie making money at the box office. 2017 saw the return of the sexual (and confusing) relationship of Christian Grey and Anastasia Steele in Fifty Shades Darker. One would think that this sequel film would learn from the mistakes that the first installment made. Unfortunately, it doesn’t, which makes it all the worse to watch. From its laughable dialogue, to its main leads (wooden to the touch) lacking on-screen chemistry, and a weak narrative (with a bit more proactive, but still unappealing sexual scenes), Fifty Shades Darker is an unappealing sequel…. or rather it’s a fifty-shaded sequel of redundancy.

While last year’s film The Shallows, a low budget survival thriller, made waves with viewers and made money back at the box office, 47 Meters Down tries to capitalize on the idea, taking a somewhat similar narrative of survival and sharks. Unfortunately, this underwater survival adventure is just as bad and fails to impress from the start with a weak / paper thin script, cheesy dialogue, uninteresting characters, and an unsatisfying twist, this movie should’ve remained a DTV (Direct-to-Video) film rather than debuting on the big screen. All in all, 47 Meters Down is a cheesy B-rated movie….and not in a good way. 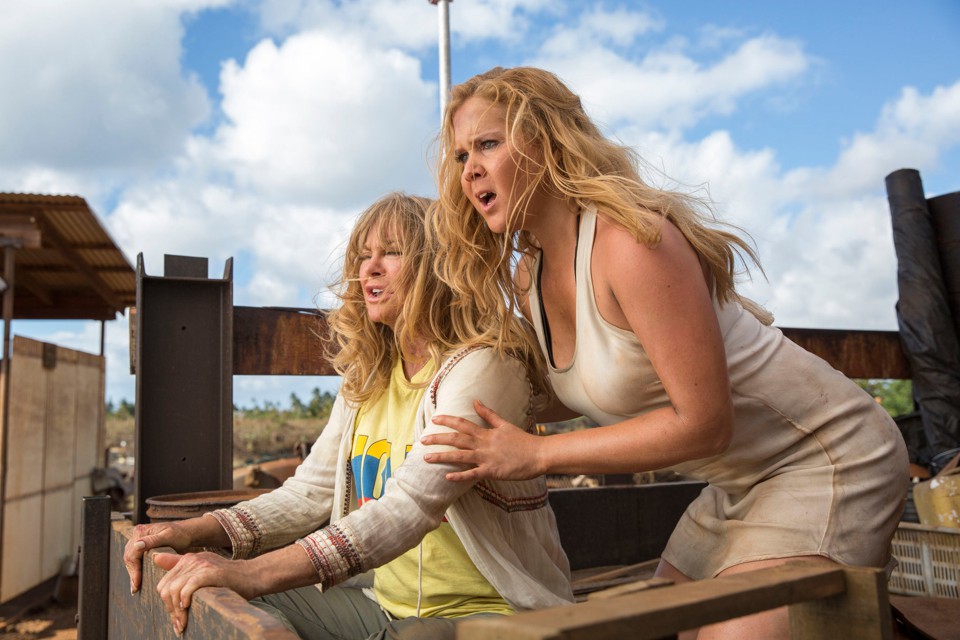 The comedy films of 2017 were a mixed bag of sorts and the film Snatched was towards the bottom of the barrel. Stand-up comedian Amy Schumer made her big screen debut in 2015’s Trainwreck, proving she had the acting chops and theatrical timing to deliver in a raunchy rom-com film. Snatched, unfortunately, is just a bad movie, with Schumer failing to be funny nor memorable in the lead role. In addition, the story is formulaic, the comedy is dull, and the entire film is uninteresting, and downright boring as if the film’s script was created for a SNL skit.  In short, Snatched is just an underwhelming comedy adventure. Plain and simple.

Pixar’s Inside Out and Disney’s Wreck-It-Ralph were both solid animated feature films from the “House of Mouse”, with both bringing a uniqueness of weaving an imaginative tale within their respective context and setting. Sony Pictures Animation tries to copy this idea with their latest animated tale The Emoji Movie, which follows a misfit Emoji icon within a young teen’s cellphone. Unfortunately, looking beyond the film’s solid animation and the talented voice actors, which are completely wasted on this project, the movie is completely derivate to other previous animated films (the better ones) and a quick “cash and grab” for the studio heads at Sony Pictures Animation, with a plethora of obnoxious product placement as well as lacking any heart, humor, or originality within this animated endeavor. We deserve a better animated movie than The Emoji Movie!

Like Baywatch, no one really wanted or desired an updated comedy feature film based on this cult classic TV show. However, Hollywood didn’t care about that and CHiPs, a 2017 comedy film, was greenlit for production with a spring theatrical release date. Unfortunately, the buddy cop plot angle is overtly familiar and predictable, the cast, despite having some recognizable names, is bland and uninteresting, the raunchy is, more or less, unfunny, and uninteresting, and the action is quite generic. Heck, they even reveal who the bad guy to us (the viewer) within the first ten minutes of the movie. There’s really nothing about this movie that I really liked. In short, CHiPs is so terribly bad that its painful to watch and pretty much disappeared into obscurity in the collection of 2017 film releases.

So… what could beat out all those movies as the “worst movie of 2017” ……Boo 2! A Madea Halloween. Actor / director Tyler Perry newest 2017 feature film sees his iconic character return for a second Halloween adventure to its 2016 predecessor. What follows is the standard proceedings of a Madea movie, with Perry’s Madea stuck in the middle of everything that’s going on. Unfortunately, Perry doesn’t change his tiresome comedy shtick formula, which makes the entire movie boring, unoriginal, and unfunny, and just downright terrible. Personally, I thought this was awfully bad (and not in the good bad sense), especially with its recycled plot beats, weak narrative, bland characters, bad writing, bad acting, and infamous elongated comedy sketches. In the end, Boo 2! A Madea Halloween represent how stale and unoriginal Tyler Perry’s Madea endeavors have become, replacing promising creative ingenuity for cheap improvisation laughs and uninspiring ones at that. Flat out…. this is just a terrible movie and my #1 choice for being the “worst movie of 2017”.