Before Twilight came along put a romantic spun of the fantasy paranormal world of Vampires and Werewolves, the Underworld movie franchise found the two races at war, locked in a fearsome struggle for centuries. Created back in 2003, the first film (Underworld) presented viewers to the world of Vampires and Werewolves (dubbed Lycans in the film’s world) as well as introducing to the series’ main protagonist character, the vampire Death Dealer named Selene, played by actress Katie Beckinsale. With the exception of Underworld: Rise of the Lycans, the third film in the franchise, which is intended to be a prequel to the first film, the Underworld series as followed Selene, chronicling her adventures during this everlasting war, with the character finding both love and loss, betrayed by her own kind, and becoming an intricate piece to potential end the war between the races. The franchise has been met with moderate success, with enough fandom and box office success to keep the series alive. However, it’s been awhile since Beckinsale’s Selene was on the big screen (the fourth film Underworld: Awakening came out in 2012) and franchise has been slowly loosening its steam and overall thrills. Now, Screen Gems (Sony Pictures), Lakeshore Entertainment, and director Anna Foerster presents to further continue to the franchise with the fifth installment titled Underworld: Blood Wars. Does this new movie find hope for this long-running series or has the war between Vampires and Lycans waned over the years and ultimately lost interest with the current moviegoer generation? 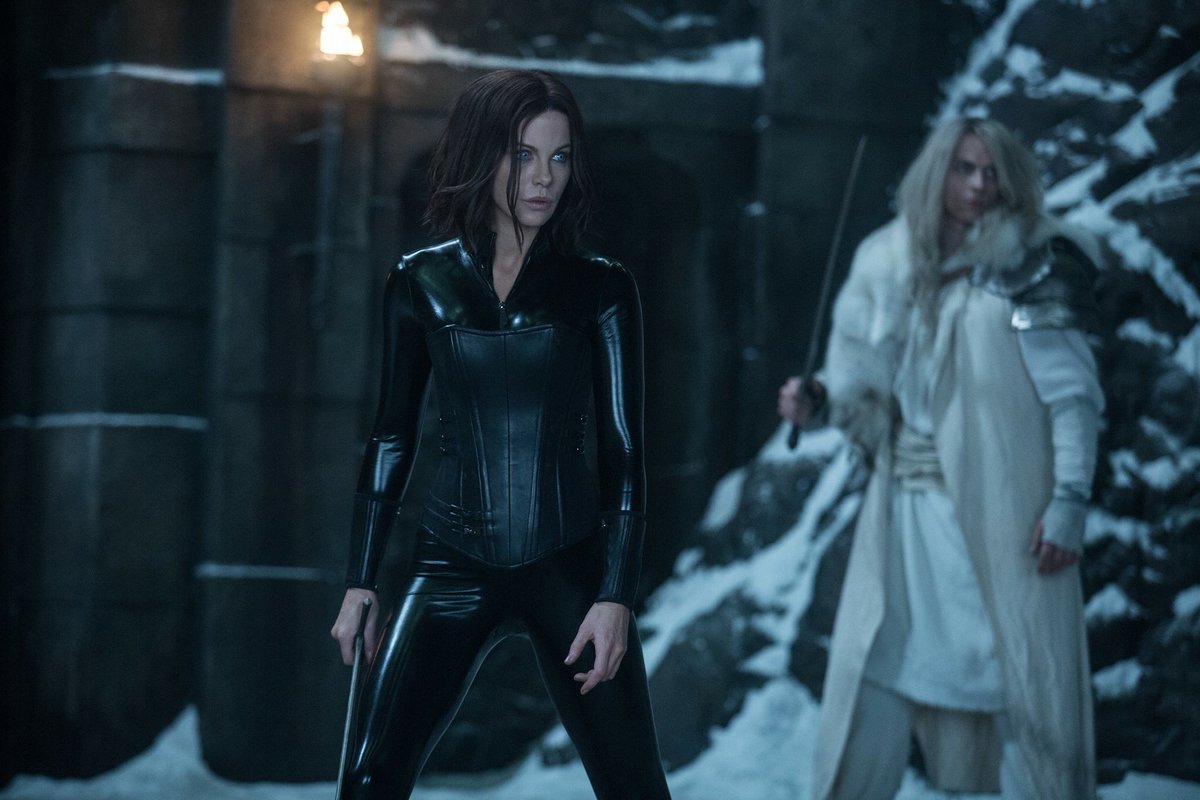 Following her killing of the vampire elders, the infamous Death Dealer Selene (Kate Beckinsale) has become a fugitive, hunted by her own kind and the Lycans as the war continues between the two factions. While the vampires are seeking revenge for Selene’s crimes, the Lycans, now more organized under their new leader Marius (Tobias Menzies) are seeking Selene’s daughter Eve, whose blood is the key to creating an army of vampire / Lycan hybrids that could end the conflict. Realizing that they are losing the war and in need of help, the Eastern Coven clan, persuaded by Thomas (Charles Dance) and Semira (Lara Pulver) grant Selene clemency for her past crimes if she would help train a new generation of unexperienced Death Dealers. Taking advantage of the situation, Selene agrees, gearing up to battle against Marius and his approaching Lycan army. However, betrayal and deception surround her, causing Selene and her young protégé vampire ally David (Theo James) to face enemies on both sides. 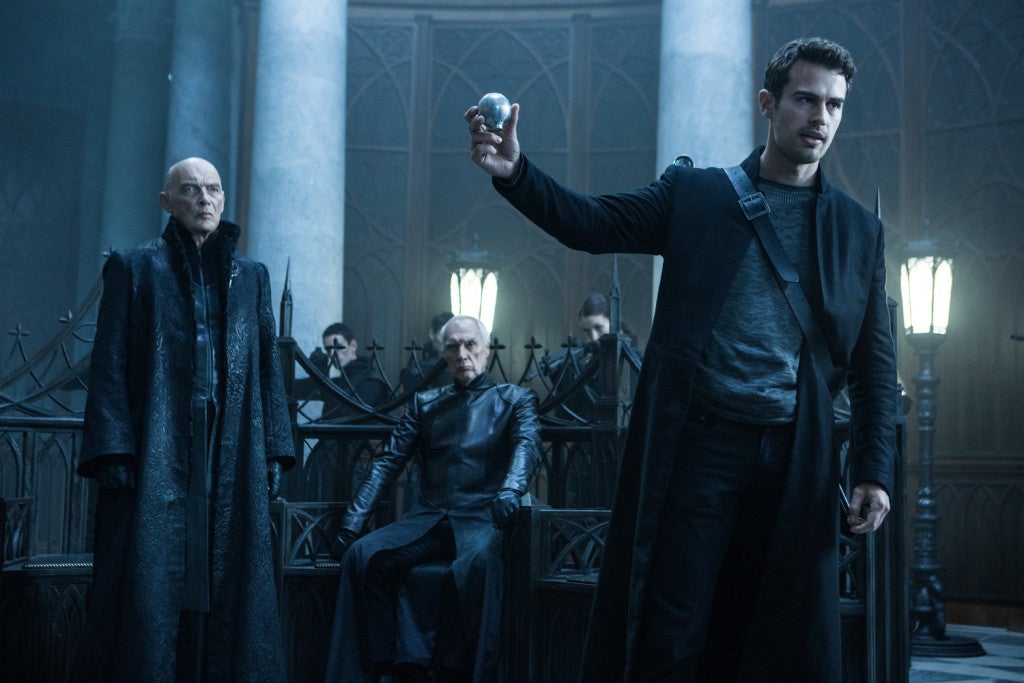 I’ve never been a huge fan of the Underworld series. I’m not saying it’s terrible or anything like that, but I’ve just never passionate about the franchise as some have. Of course, I’ve seen the first one and the second one (Underworld: Evolution), but I’ve only seeing bits and pieces of Rise of the Lycans and Awakening. Although, the series has its high points, blending fantastical creatures with action-style flair in a similar fashion to The Matrix and akin to the Resident Evil movies, Underworld’s sort of counterpart rival film franchise. I remember seeing several of the trailer for Underworld: Blood Wars and was kind of interested in what I saw, with plenty of action pazzaz with the horror / fantasy elements of vampires and werewolves fighting each other. Blood Wars definitely one of my top movies to see in January, but it was enough to peak my interest to buy a ticket to see the movie in theaters on a lazy Sunday afternoon. Unfortunately, this movie doesn’t really go anywhere as Underworld: Blood Wars fails to move the franchise forward, feeling haphazard in its execution and a thinly-written madcap of a sequel to fully engage its viewers.

Blood Wars is directed by Anna Foerster, whose previous directorial work come from the small screen (Television), including several episodes from TV series such as Criminal Minds, Unforgettable, Madame Secretary, and Outlander. Foerster jumps right into the fray between Vampires and Lycans by quickly reengaging audience in the everlasting war between the two races and by also catching up viewers on the exploits of Selene from the previous Underworld movies in a prologue-recap sequences (I kind of need that). The action sequences in Blood Wars continues to keep up with the rest of the series, finding a medium balance in its choice of weapons from medieval swords to modern day machine guns. In the production category, Foerster again finds Blood Wars in-line with its predecessors, utilizing the nighttime atmosphere that a mixture of a gothic-looking architecture and modern day locales. Thus, despites its shortcomings (and there are many), some fans of the series will find Blood Wars to their liking, seeing the film as a breezy razzmatazz fantasy-action movie.

Unfortunately, for everyone else (including myself), Blood Wars is far from a being innovated or as enjoyable as it wants to be. The biggest problem with the movie is that moves fast and when I do say fast…I do mean very fast. With a running time of only 91 minutes long (the somewhat commonplace runtime for animated features), the movie has little time to slow down, moving (very briskly) from one plot point to the next and never allowing the film to slow down enough soak up its nuances (characters, events, etc.) fully. Because of this, the film’s story also suffers from being thinly written. Penned by Cory Goodman (who wrote the screenplay for Priest and The Last Witch Hunter), the movie’s story is quite interesting (for an Underworld movie), but the execution of the film’s narrative falls flat on its face (again due to the fast pace of the movie). In addition, Goodman juggles a lot of plot threads in the screenplay, which makes Foerster’s directorial job difficult and its clearly seeing the film’s final edit as the third act seems like there too much going on. Speaking of the third act, it’s completely rushed (there’s a whole thing with Selene that gets quickly glossed over), feeling anti-climactic and quickly ends the movie very abruptly, which seems very odd. Foerster and Goodman also play around with the idea of expanding the Underworld universe in its world building, presenting some new ideas such as the Nordic Vampire Coven, who seems to dabble in the mystical arts, and the idea of the “sacred world” (a place beyond our world…sort of like “the other side”). I found these two aspects to be very interesting and wanted them to go to further into details about, but, like a lot of things in Blood Wars, the movie just comes up half-baked, making the Nordic Coven and their “Sacred World” seem like good ideas that are glossed over, despite their significance that they pose in the main narrative. All in all, Blood Wars sports some pretty good ideas in its story, but Foerster just can’t find a way to elevate the movie from being a sloppy mess. In truth, Blood Wars seems like it only meant to serve as a thinly-sketched bridge to the events for future installments (I assume there’s going to be an Underworld 6 in the works) rather than being a well-rounded sequel, which it should’ve been.

On a technical level, Blood Wars struggles. While I do like the stylish action sequences in the movie, it all is just horribly edited, with a plethora of choppy edits cuts, and pushed in camera close-ups. I actually kind of found it to be distracting (and a bit confusing) at times, loosening interest to what was going (despite the titular battles that were going on), but “masking” the feature from its poor stunt work / choreographing performances. The same can be said with the film’s visuals effects, projecting some good ideas with its fantasy-esque creatures (i.e. the Lycans transformation into their werewolf form), but rendering it with just some shoddy visual effect shots that seems a bit dated for a movie release in 2017.

Perhaps one of the things that made me interested in seeing Blood Wars was the film’s cast, which a collective a talented and recognizable group of actors / actresses. Unfortunately, despite their familiar faces, their talents are a bit wasted on this film project, with each one doing their best on the material that is given to them. Of course, leading the charge is actress Kate Beckinsale as the femme fatale Death Dealer Selene. Beckinsale, who is known for her as Selene in the Underworld movies, continues the status quo with her character, finding the vampire Death Dealer still beautiful, deadly, and steely determined in being a badass action heroine. There really isn’t anything new that Beckinsale brings to Selene (she seems like she’s going through the motions slightly), but she’s one of the greatest attributes in Blood Wars and perhaps in the Underworld franchise. Plus, she’s pretty damn fine looking in leather.

Theo James, known for his roles as Mr. Pamuk from Downton Abbey and Four from the Divergent movies returns to reprise his role from Awakening as the vampire David. He’s blank slate type character and he’s given a story arc to follow in Blood Wars, but the film’s brisk pace prevents his character arc from having any emotional resonance, despite it being important in the Underworld universe. Actress Laura Pulver (love her as Clarice Orsini in the Starz TV series Da Vinci’s Demons) seems to relish her opportunity to play a character Semira, a fiercely ambitious council vampire member of the Eastern Coven, but the material is thin and becomes a generic character. The same can be said with actor Tobias Menzies, known for his roles in HBO’s Rome and Starz’s Outlander, as Blood War’s main antagonist Marius. Menzies’s is up to the task and does what he can in the role, but insufficient character material weighs him and Marius down from being memorable or to earn him the reputation of being a powerful leader. In a smaller role, Game of Thrones alum Charles Dance (seriously…this guy must have a great agent because he’s in everything nowadays) returns the Underworld franchise to reprise his role of Thomas (David’s father) from Awakening. Unfortunately, despite Dance’s theatrical presences, he’s barely in the movie. 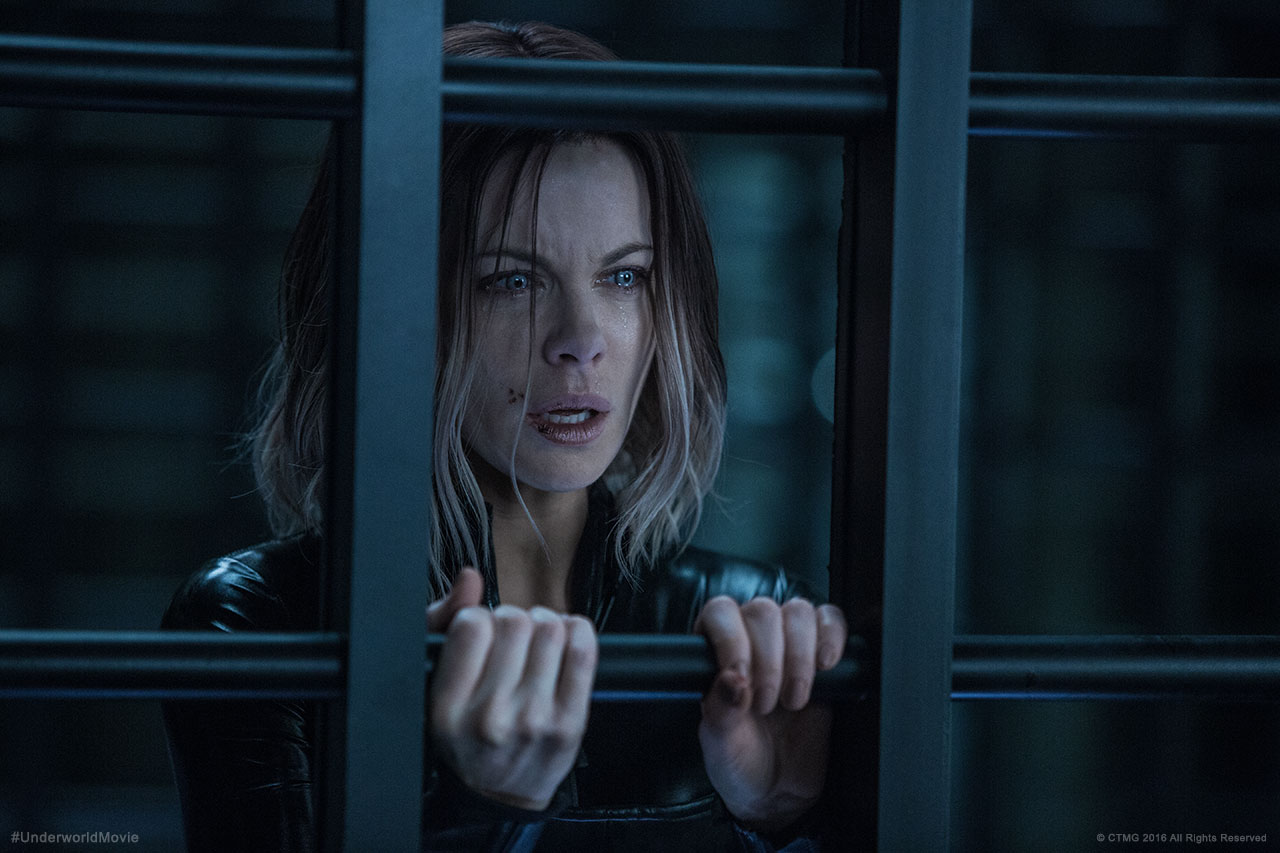 Beckinsale’s Selene returns to the big screen, continuing her own personal struggle in the Vampire / Lycan war in the new movie Underworld: Blood Wars. Director Anna Foerster latest film sees the fifth installment in the Underworld series uncovers some new material its world building, branching out with some new ideas, characters, and events. Unfortunately, Blood Wars doesn’t challenge itself, feeling humdrum with the series flair, confusing in its plot points, bloated from its crammed story, and rushed due to its 91-minute runtime. Personally, was a both a misfire and a disappointment. Sure, some parts were stylish, and interesting, but the movie feels half-baked, spinning a very uninspiring tale that lacked any sort of fun or originality to elevate this fourth sequel to the 2003 original film. However, longtime fans of the series (or those who like to see Beckinsale’s Selene) might get something more out of it than others. However, I would say that the movie is definitely a solid skip to everyone else. The film’s ending is left opening for a sequel, but after seeing Underworld: Blood Wars, the future might be grim for the moviegoers to fully care about the further continuation of the Death Dealer Selene.

Underworld: Blood Wars  runs 91 minutes and is rated R for strong bloody violence, and some sexuality