The year of 2018 is now in full swing and, with the year of 2017 completed, it’s time to exam the “best” and “worst” movies that of that year. Indeed, there was a lot of movie releases seeing in 2017. In total, I’ve personally seeing (and reviewed) over 81 new movies in 2017, some that were very recognizable, while others were “sleepers” that flew underneath the mainstream radar. There were also a lot of movies that made big money at the box office in 2017 as well as some that gained critical praise from both critics and moviegoers.

I’ve already posted my list for Top 10 Worst Movies of 2017 and now I’m ready to share with my list for what were the best movies of the 2017 year. These films, whether met high expectations, creativity imaginative, or just simply really good, were my personal best choice of the movies I saw throughout the course of the 2016. Surprisingly, Disney had a terrific year in movies, grossing billions at the box office, so you can imagine some (if not most) will be on my list. What can I say… I’m a sucker for Disney. But before I begin with number 10, take a look at some honorable runner-ups that almost made it on my top ten best movies of 2017.

“How Does the Story Begin (And End)? 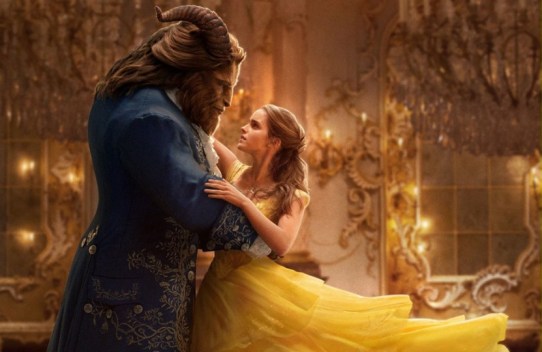 BEAUTY AND THE BEAST

“The Tale as Old as Time Returns” 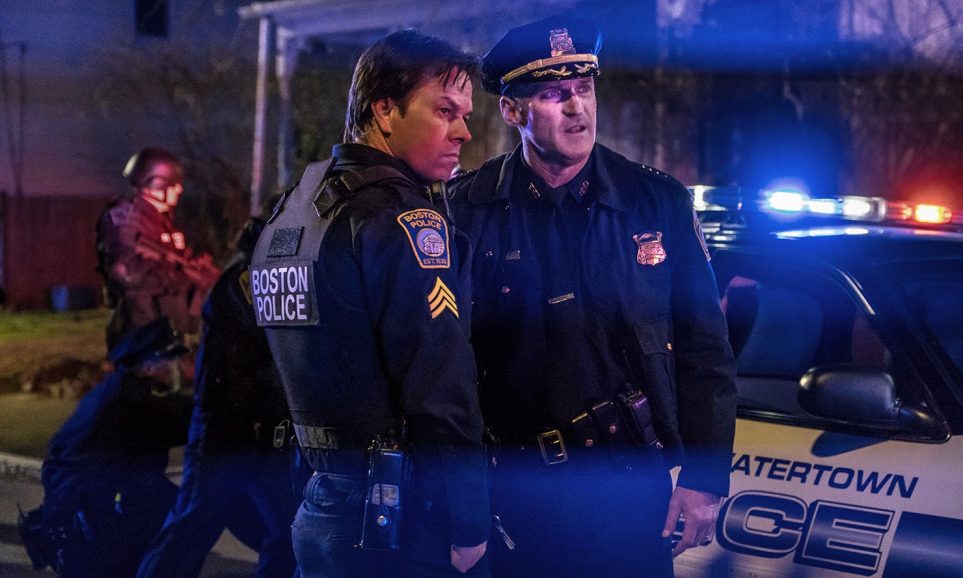 In amidst terrible tragedy and frantic chaos, courage and everyday heroism unfolds. Director Peter Berg’s Patriots Day presents (through a cinematic lens) the 2013 Boston Marathon bombing in a raw and emotion way, showcasing the horrors of the terrorist attack as well as the bravery shown by those who were affected by the attack. It’s powerful and emotional film, which is compiled and presented with enough attention to detail (both thematic and in entertaining) thanks to Berg’s direction and to the film’s cast. More profoundly, the film’s ending message echoes into recent events with love being stronger than hate, especially acts of terrorism and hate crimes are on the rise. While I do love Patriots Day, my heart does go out to the real-life individuals who were affected by this event and those who aided in the capture those who caused such a violent attack of terrorism. To those people, and for that matter the people of Boston, stay strong…Boston Strong!

In 2017, everyone’s favorite “webslinger” superhero swung back with a new face (Tom Holland) and new challenges into theaters in Spider-Man: Homecoming. While actors Toby Maguire and Andrew Garfield have already played the character of Peter Parker before, Tom Holland’s charismatic energy and meaningful sincerity to the character is what sold me (and a lot others). Director by John Watts, Homecoming worked on multiple levels, working as both a high school comedy and a MCU comic book tale about a youthful, but inexperienced superhero. The movie doesn’t necessarily move the MCU’s overarching story forward, but ultimately succeeds at being more of a standalone (and smaller) entry rather being dependent on its own cinematic universe world-building and “larger story” components. The story was solid, the cast was great (especially Holland and actor Michael Keaton), and it was an entertaining summer blockbuster. It will be interesting to see where Holland’s Spider-Man will go next. I can’t wait to see him in Avengers: Infinity War.

Review: Guardians of the Galaxy Vol. 2

What can I say, 2014’s Guardians of the Galaxy was a smash hit, bringing a different angle to the MCU by introducing lesser-known Marvel characters to the big-screen and providing a solid sci-fi / superhero adventure that was still a part of the MCU, but able to stand on its own merits (and awesome soundtrack). 2017 saw the return of the cosmic ragtag team of Star-Lord, Gamora, Drax, Rocket, and the adorably cute Baby Groot in Guardians of the Galaxy Vol. 2. Much like its predecessor, director James Gunn cultivates a second cinematic installment of humor, heart, and sci-fi nuances. While it didn’t outshine the first film, it was still a solid and very entertaining movie, offering a dazzling array of visual appeal, humorous bits, character driven moments, likeable performances (both from the return cast and its new ones) and the sounds of Star-Lord’s “Awesome Mix Vol.2”. With Guardians of the Galaxy Vol. 3 already confirmed, I’m curious to see where their solo adventure will take them. That being said, I can’t wait to see the Guardians meet the Avengers in Avengers: Infinity War! 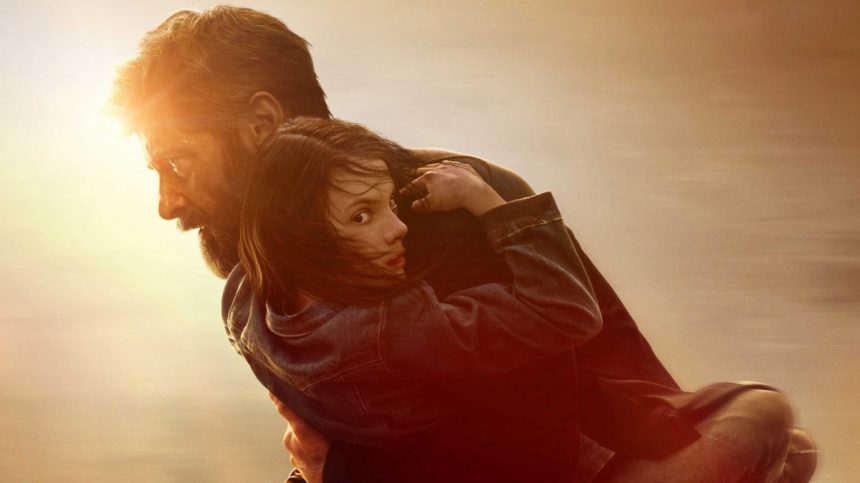 While many X-Men fans out there will debate on which vitality of the X-Men cinematic universe, no one can deny that actor Hugh Jackman makes for the absolute best portrayal of the infamous mutant character of Logan (aka Wolverine). The movie Logan represents the final performance of Jackman as the titular Wolverine, which director James Mangold, bids an emotional farewell to the character. While most of the previous X-Men movies rely on heavily visuals and superhero nuances, Logan is the most “grounded” entry in the franchise, providing an emotional “human” tale of Logan’s last stand as well as mutant newcomer Laura. Additionally, the film’s R-rated violence (the first in the franchise) worked and provided the nearly representation of Wolverine’s comic book source material. Naturally, Jackman was excellent in the role as well as Patrick Stewart and young actor Dafne Keen. Whatever happens in future X-Men movies is still unclear (whether they recast someone else in the role or omit the character completely), one thing is profoundly clear…. Hugh Jackman will always be the definitive movie version of Logan / Wolverine…and he’ll be missed.

While most of these 2017 films on this list I’ve either heard about or was looking forwarded to seeing them, Baby Driver was one of the movies that quite literally took me by surprise. Directed by Edgar Wright, this movie, which followed the exploits of a young (music-loving) getaway driver, was a high-energy heist adventure, finding Wright’s effectively tweaking the classic scenario to his style of filmmaking. The end result is fantastic, especially thanks to Wright’s direction, editing, musical nuances, and a group of talented actors who play some interesting and colorful characters. In the end, Baby Driver was a sleeper hit for the summer of 2017 movie season, proving that you don’t need an expensive pre-release marketing campaign…. just a good “word of mouth” and engaging cinematic story to tell. In 1982, moviegoers everywhere were introduced to director Ridley Scott’s sci-fi / neo-noir film Blade Runner. To this day, the film is regarded as definitive masterpiece for its science-fiction concept and storytelling nuances. In 2017, Blade Runner 2049, the long-awaited sequel to the original film, was released. Directed by Denis Villeneuve, Blade Runner 2049 expands upon Ridley Scott’s 1982 sci-fi classic, bring all the right set of nuances from the original film and translating / updating them for a modern movie going audience. The film was a visual gorgeous and cinematically beautiful as well as great performances (from a stellar cast), and a deep and compelling sci-fi story. While there’s been some debate on this movie (causal moviegoers vs. the cult following), Blade Runner 2049 stands tall and proud in the cinematic world, achieving greatness on its own merits as a sequel and as a self-contained story, while standing shoulder to shoulder to its sci-fi classic predecessor.

Pixar has always been known for their animated features, producing emotional “human” drama as well as being colorful and dazzling with its cartoon animation and imagined characters. 2017’s Coco stands as a testament to that statement. Director Lee Unkrich and co-director Adrian Molina present the nineteenth animated film for Pixar Animated Studio, infusing their signature style into a heartwarming tale about family, music, and the celebration of the Mexican culture. The movie, the journey of Miguel in the Land of the Dead, is a fantastic addition to Pixar’s film library, offering up incredible colorful animation, solid voice talents, and a touching story that can resonate with everyone. Coco stands tall and proud as a Pixar classic masterpiece, proving that the animation studio’s still reigns supreme in children’s cartoon feature films and that their original ideas are just as strong as ever. In short, Pixar (via its release of Coco) seizes its own moment! 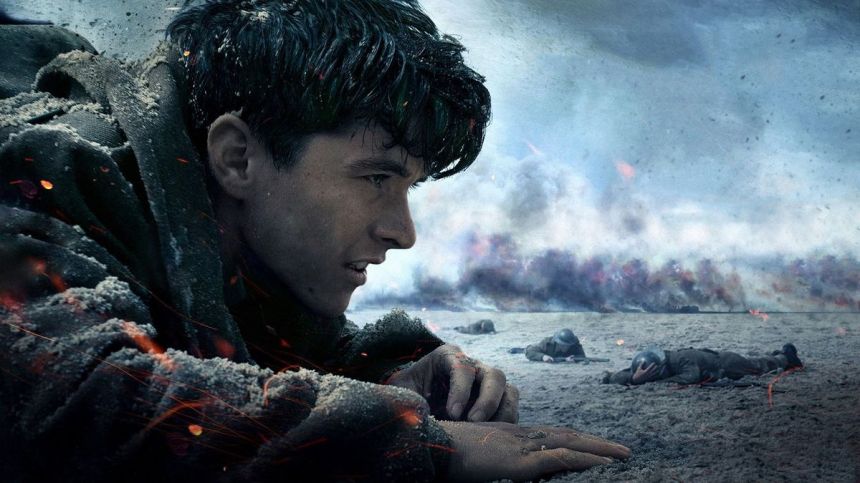 When Christopher Nolan releases a movie, everyone celebrates with eager anticipation at what the acclaimed director will present. Dunkirk, his 2017 release, was a bit of a departure from his previous works, diving into the WWII historical drama, but reimagined in his own way and style, which made the film succeed in the eyes of many. The film, which told of the evacuation of the British soldiers from Dunkirk from three different points of views, was technical marvel to behold and a crowning achievement in moviemaking history, thanks to Nolan’s masterful directorial work, cleaver storytelling, technical marks (sound editing / mixing and film score), its cinematic visuals, and its solid actors. While there’s been many war movies out there, Dunkirk shines the bright for Nolan’s ingenious work at breathing new life into the WWII genre of films.

Hollywood loves adapting bestselling author Stephen King’s work. Some there are good (like Shawshank Redemption), while other times they flop, which was the case with 2017’s The Dark Tower. However, while that film bombed at the box office (and with critics and moviegoers), King’s other 2017 movie adaptation IT was indeed a cinematic success. This movie literally took me by surprise as I’m not much of a fan of horror movies, but IT is now definitely one of the favorites. Directed by Andy Muschietti, the movie, which followed the tale of seven children (aka the Losers Club) who battle against an enigmatic being known as “IT” (or Pennywise the Dancing Clown), brings Stephen King’s terrifying novel to the big-screen, capturing the right amount of disturbing / horror scenes as well as balancing the movie with a “coming-of-age” story that perfect works within its context. While the film only tells half of the novel’s story (IT: Chapter 2 is set to be released in 2019), the movie is still a highly effective adaptation, respecting King’s source material (both narrative and horror-based imagery) and succeeds in its storytelling, thanks to the film’s directors and the talented cast, especially the younger ones and Bill Skarsgard’s Pennywise. In a nutshell, IT hauntingly floats…and you’ll float too!

1 – War for the Planet of the Apes

Review: War for the Planet of the Apes

Directed Matt Reeves, the movie, which continues to further follow the story of main protagonist ape leader Caesar, brings this new Planet of the Apes trilogy full circle, culminating in a wholesome feature that blends a compelling cinematic storytelling with incredible CG visuals, and amazing motion capture performances, especially with Serkis’s masterfully work as Caesar. The movie itself is hugely entertaining and powerful told; proving once again that a movie doesn’t have to be a “dumb” popcorn flick to be a summer blockbuster release. While the movie concludes Caesar’s tale by the time the end credits begin to roll, the movie’s ending leaves the door open for additional Planet of the Apes movies, further bridging the gap to the original 1968 classic (with plenty of room in-between). As it stands, War for the Planets of the Apes is a crowning hallmark achievement, delivering an emotional and highly satisfying final chapter of this trilogy. Which is why War for the Planet of the Apes is my #1 movie of 2017.

And so that’s my top ten “best” movies of 2017. There were some movies that I didn’t get to see, so (naturally) I can’t critique them and pass my movie critic judgement on them, which is why they might not be on my list. So, what do you guys think? What were your “best” movies of 2017?