All hail the new king of Wakanda as Marvel Studios releases the official theatrical trailer for their upcoming superhero film Black Panther. View trailer below.

After the events of Captain America: Civil War, King T’Challa returns home to Wakanda, but soon finds his sovereignty challenged by factions within his own country. When two enemies conspire to bring down the kingdom, T’Challa must team up, as the Black Panther, with C.I.A. agent Everett Ross and members of the Dora Milaje—Wakanda’s special forces—to prevent a world war.

Damn…this looks really interesting! As I said previous, Black Panther was definitely one of the big highlights in Captain America: Civil War, so I was always curious to see how his solo movie would shape up. Judging by this trailer, it looks like this movie is gonna be awesome. Its definitely gonna be on the street level narrative of the MCU, but with a touch of the more fantastic. Love all the costumes and props and the imagery of Wakanda as well as the incredible cast of actors for this movie. While I’m still super uber excited to see Avengers: Infinity War, I have a feeling Black Panther is gonna be awesome. At least, I sincerely hope so. 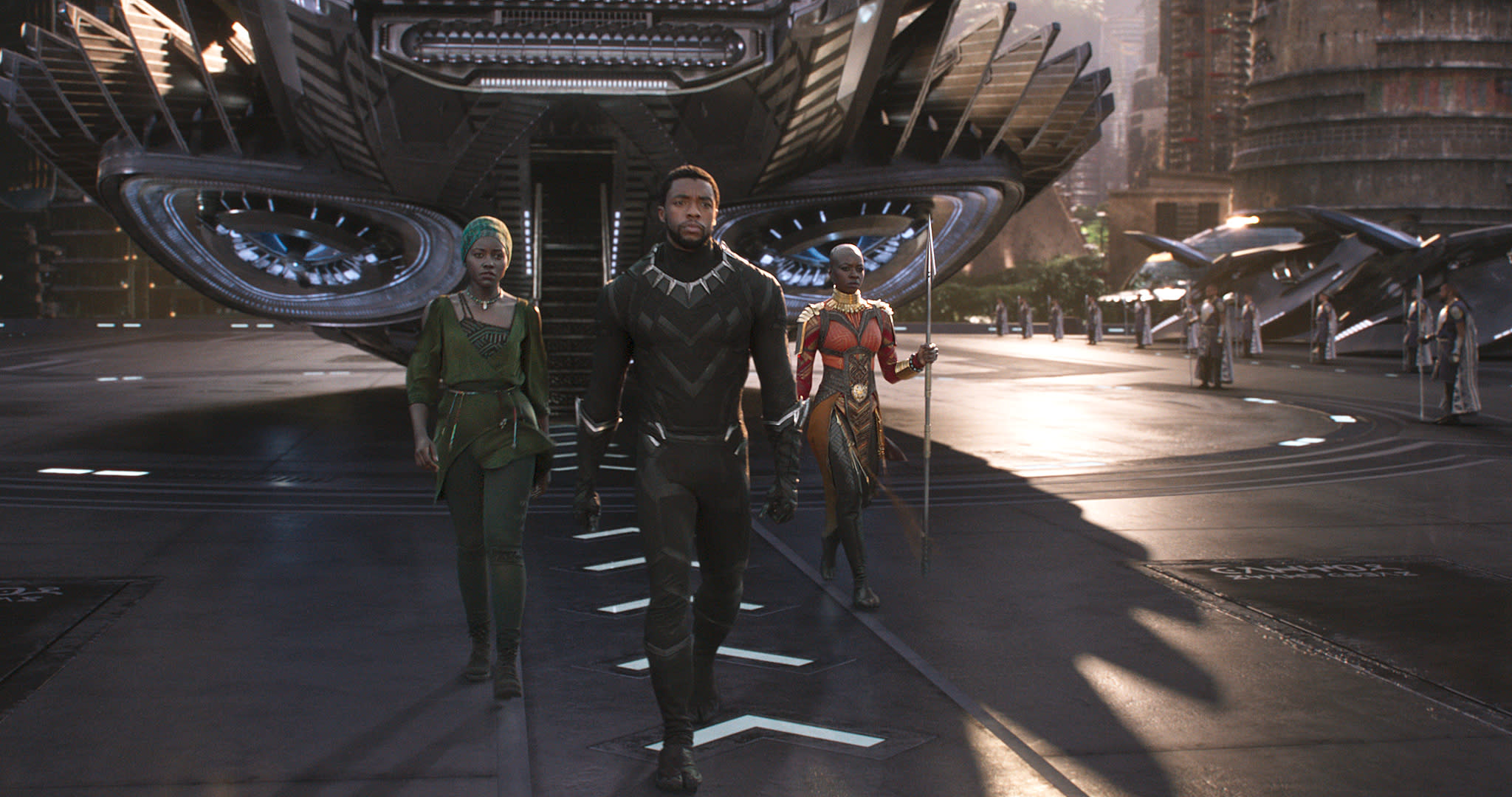