Everyone’s favorite blue hedgehog races to the big screen as Paramount Pictures (and SEGA) releases the second official trailer for the upcoming film Sonic the Hedgehog. View trailer below.

SONIC THE HEDGEHOG is a live-action adventure comedy based on the global blockbuster videogame franchise from Sega that centers on the infamously brash bright blue hedgehog. The film follows the (mis)adventures of Sonic as he navigates the complexities of life on Earth with his newfound – human – best friend Tom Wachowski (James Marsden). Sonic and Tom join forces to try and stop the villainous Dr. Robotnik (Jim Carrey) from capturing Sonic and using his immense powers for world domination. The film also stars Tika Sumpter and Ben Schwartz as the voice of Sonic.

Oh wow…much better. I have to say that really do like the new facial design for sonic. It’s still a little bit hard to say if the actually movie will be good or not, but I’m still quite impressed that the studio went back (and actually listened to the fans) and reworked the design of the film’s title character. As I said in the previous trailer post, I do love Sonic the Hedgehog property (more of the old school stuff than the new iterations), so I am curious to see this movie. Will be it a success or a flop still remains a mystery. However, after seeing this new design for Sonic….it’s a step in the right direction. 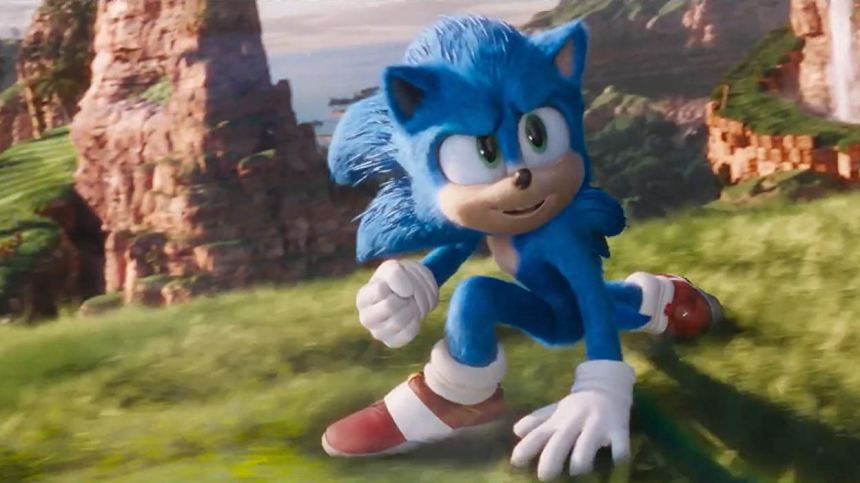 Sonic the Hedgehog  races into theaters on February 14th, 2020