Another world, another time, in the age of wonder. A thousand years ago, this land was green and good – until the Crystal cracked. For a single piece was lost; a shard of the Crystal. Then strife began, and two new races appeared: the cruel Skeksis, the gentle Mystics. Here in the castle of the Crystal, the Skeksis took control. Now the Skeksis gather in the sacred chamber, where the Crystal hangs above a shaft of air and fire. The Skeksis with their hard and twisted bodies, their harsh and twisted wills. For a thousand years they have ruled, yet now there are only ten. A dying race, ruled by a dying emperor, imprisoned within themselves in a dying land. Today, once more, they gather at the Crystal as the first sun climbs to its peak. For this is the way of the Skeksis. As they ravaged the land, so too they learned to draw new life from the sun. Today, once more, they will replenish themselves, cheat death again, through the power of their source, their treasure, their fate, and the Jason’s Movie Blog’s latest “cinematic flashback” for the 1982 film The Dark Crystal.

“Another World, Another Time… In the Age of Wonder” 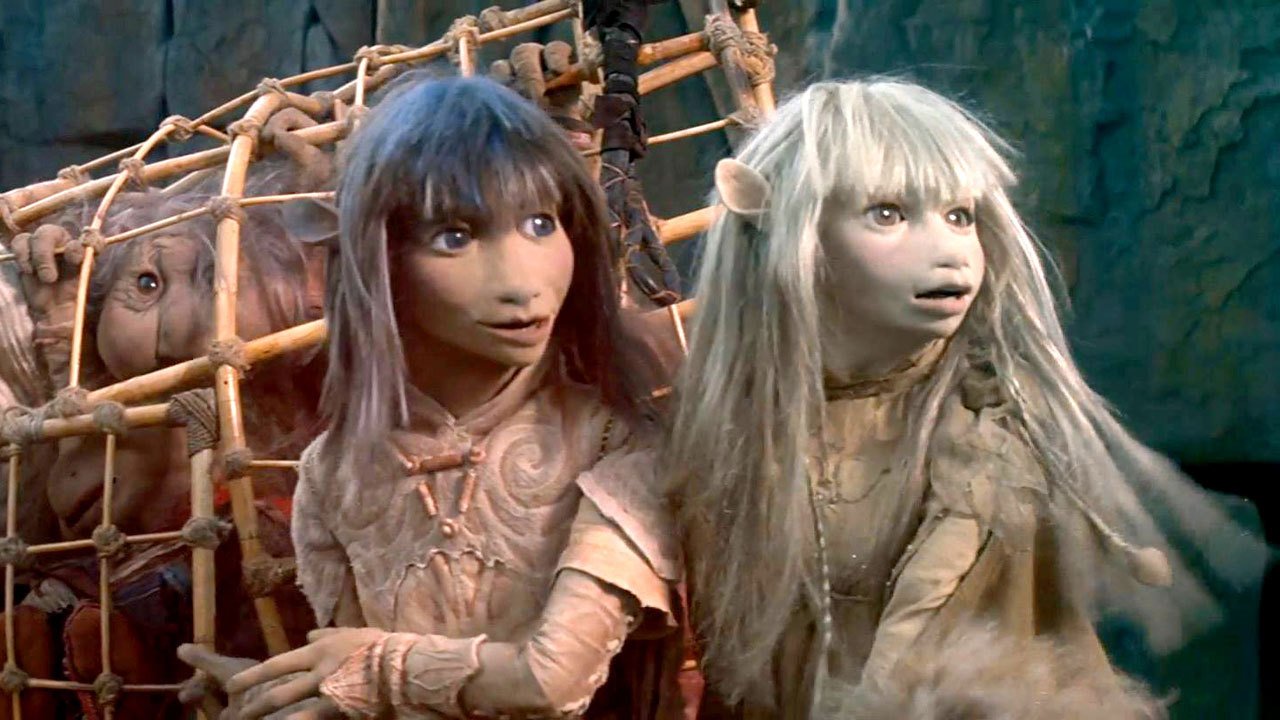 In the Age of Wonder, somewhere in the faraway realm of the innocent Gelflings and the gentle lumbering Mystics, the cruel vulture-like Skeksis have been ruling the land with an iron fist for a thousand years, deriving their power from a life-giving magical crystal. However, with a dying emperor and a vital shard of the gemstone missing, Jen, a fearless Gelfling and the last of his kind, sets off on a perilous adventure to mend the Dark Crystal, as he follows the clues of an ancient prophecy, which foretells the end of the evil dictators. However, the dangers are countless, and this is a nearly impossible quest. Heroic as he may be, can a single Gelfling bear the burden of an entire planet’s salvation on his shoulders? 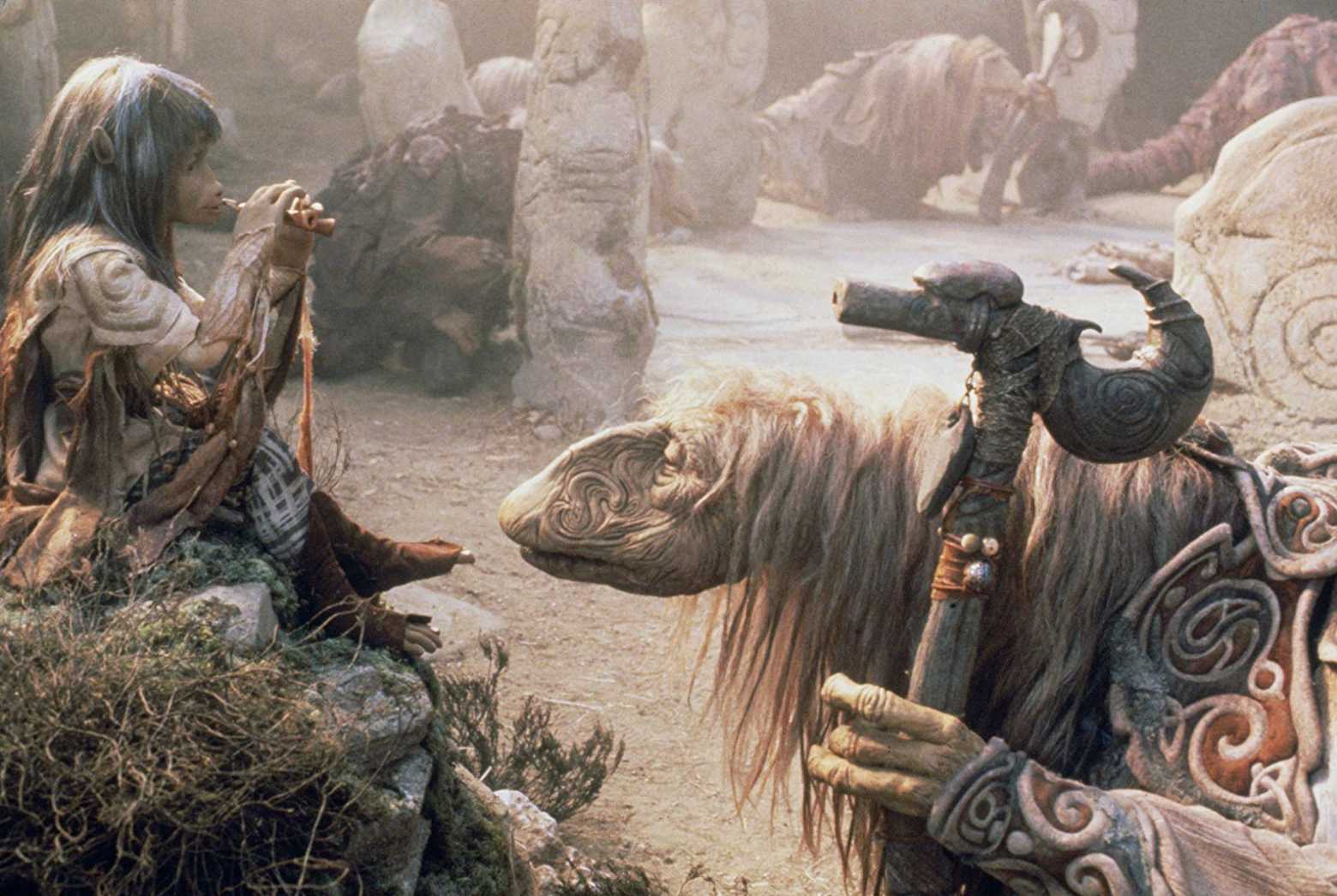 With the release of the Netflix prequel series The Dark Crystal: Age of Resistance, I thought it would be fun to review the original 1982 film before the show airs. Growing up, I was remembered hearing about Jim Henson’s The Dark Crystal movie, but I never really looked at it. Of course, I’ve plenty of his other works, including all the various Muppet TV shows and feature films as well as 1986’s Labyrinth (of course…. who couldn’t forget singer icon David Bowie as Jareth, the Goblin King, in that film). So, I was really well-versed in Henson’s work and his “bread and butter” work of the puppetry that he and his studio have worked on. Still, I never had the chance to see The Dark Crystal in my childhood and my first viewing of the actual film was until my mid-20s. That being said, I do personally love the movie and for what it stands for…. a unique dark fantasy motion pictures that’s creatively done with its practical and special effects. Here’s my thoughts on the movie……

For those who don’t know, The Dark Crystal is directed by Jim Henson (obviously), but also with Frank Oz (Yoda!). The actual film itself is pretty straightforward and feels very much the product of its film era (i.e. the 80s) by having a lot of motifs and nuances that are usually accustomed with a feature film of this time period. What’s remarkable is the movie’s full commit of utilizing puppetry for all its various characters. Like before, the idea of using puppets has been done before, but only in side characters or with the accompany of human actors (i.e. The Muppets). Jim Henson (and his workshop studio) makes The Dark Crystal interest because the idea of fully using puppetry for the principle cast of characters was quite a feat and ultimately works for the feature’s charm. Thus, the technical achievements of its practical usage of puppets (as well as the sets, miniature layouts, prosthetics, and design work for the characters) are quite exquisite and really do make the film’s quite enjoyable….as visual appeal and almost like a character itself. I mean….honest…who doesn’t get creeped out when any of the Skeksis appear on-screen.

The uniqueness of the film’s setting is also another big highlight of the movie. What do I mean? Well, instead of the classic pseudo-fantasy world of populated make-believe races (Humans, Elves, Dwarves, Orcs, and others), The Dark Crystal’s world of Thra sort of goes a bit of different way with the races being of the Gelflings, the Skeksis, and the urRu. Additionally, the visual appeal of the film is also quite compelling with plenty of majesty within its presentation. Plus, the movie’s score, which was done by Trevor Jones, is just as melodic recognizable to the feature as the movie itself; providing plenty of musical nuances to accompany the film’s visual aesthetics and overall tone of the feature.

The movie itself has certainly drawn upon classic 80s nostalgia and wonderment (and justly so), but it has also drawn criticism. Of course, the feature’s tone is definitely one of them, with the movie having a much more darker feel to (from start to finish) than of Henson’s previous works. I mean…when you think of Jim Henson….the most immediate thing you think of is the cute puppets from the Muppets. So, the push back on the darker tone on The Dark Crystal has some people drawing a line (it was a big criticism back during its theatrical release during ’82), but I think (nowadays) people actually liked it and liked how Henson (and his filmmaking team) decided to take a different direction with the movie. Another problem that I can see is that the movie’s narrative storyline isn’t exactly original. Of course, I love a good cliché-esque fantasy plot as much as the next person (i.e. a prophesized hero, a mystical quest to find a coveted object, villainess baddies, strange / unusual creatures, etc.). So, stripping away the darker tones and technical achievements, The Dark Crystal is a barebones 80s fantasy movie that doesn’t deviate from the standard adventure of a fantasy quest, with very little in the way of surprise twists and shocking revelations.

The voice talents of movie are bit of a mixed bag. This includes the film’s main cast: Stephen Garlick (Jen), Lisa Maxwell (Kira), Billie Whitelaw (Aughra), Percy Edwards (Fizzgig), Barry Dennen (The Chamberlain), and several others. I’m not really saying that they are all terrible or anything like that…. there just okay. Some are a bit “meh” and cringeworthy-esque, but (again) it’s the “sign of times” of when this movie was being released. Plus, the finding the voice of matching the puppetry effects (again, the character puppets were the stars / main focal point of the film). To me, I just wish that some of the voices were a bit different…. or at least played by more experienced voice talents.

Altogether, 1982’s The Dark Crystal is a movie that’s filled nostalgia and technical achievement for its day. Yes, it’s fantasy narrative (though fun and classic) is straight forward and it’s exactly different from the status quo of films of the era and some people might get turned off by its dark thematic tones and / or the “iffy” voice acting, but I personally enjoyed this movie. It’s effects (both practical and visual) were great and the overall film (and its achievements) are heavily regarded as cinematic hallmarks, especially in a full-length feature that’s entirely populated with puppetry. It will be interesting to see where Netflix’s The Dark Crystal: Age of Resistance takes the narrative of the already established world that 1982 movie put into place (with the Netflix show being set as a prequel), but, with the updated techniques and with the Henson company fully on-board and plethora of voice talents, I’m quite excited to Age of Resistance. Still, no one can deny how much Jim Henson’s The Dark Crystal is and forever will be known as “puppet perfection”; standing tall and proud of classic 80s nostalgia of filmmaking.

Cinematic Flashback Score: 4.2 Out of 5

Fun Fact: Jim Henson’s plan with the film was to get back to the darkness of original Brothers Grimm fairy tales. He felt that children liked the idea of being scared and that this was a healthy emotion for them to deal with.