The time has come for a new king to rise as Walt Disney Studios and director Jon Faverau release the official teaser trailer for their upcoming live-action remake The Lion King. View trailer below.

While there has been no official synopsis released from Disney on this 2019 live-action remake, so (assuming that it’s the same as original 1994 film), here is the synopsis.

The Lion King tells the story of Simba, a young lion who is to succeed his father, Mufasa, as King of the Pride Lands; however, after Simba’s uncle Scar (Mufasa’s jealous younger brother), murders Mufasa, Simba is manipulated into thinking he was responsible and flees into exile. Upon maturation living with two wastrels, Simba is given some valuable perspective from his childhood friend, Nala, and his shaman, Rafiki, before returning to challenge Scar to end his tyranny and take his place in the Circle of Life as the rightful King.

Oh my god, oh my god, oh my god….I can’t breathe!!! That was so awesome, even though it was just a teaser….it gave me chills. As I’ve always been a fan of Disney’s animated movies and I’ve always loved 1994’s The Lion King. To me, it’s the absolute pinnacle of their animated feature films (i.e the best story, best characters, best music, best score, etc). It was just all around solid and still (to this day) remains as my favorite Disney cartoon movie (and I think many will agree with me on that). Given Disney’s nature of reimaging their animated features into live-action ones, it was almost a forgone conclusion that they would eventually get to doing The Lion King. Just from the teaser trailer alone, it looks great. The iconic opening sequence was awesome to see rendered in the same way that 2016’s The Jungle Book was allowed to achieve. Man, I literally can not wait for this movie to come out next year. So pumped for it. I already have extremely high hopes for this movie. Can’t wait to see it…. 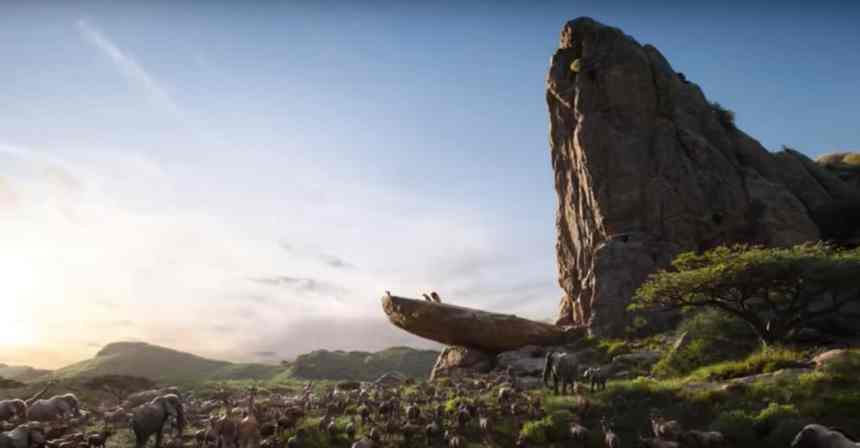