The House with a Clock in its Walls Official Trailer

Secrets are revealed as Universal Pictures and Amblin Entertainment releases the new official trailer for the upcoming movie The House with a Clock in its Walls. View trailer below.

In the tradition of Amblin classics where fantastical events occur in the most unexpected places, Jack Black and two-time Academy Award® winner Cate Blanchett star in The House with a Clock in Its Walls, from Amblin Entertainment. The magical adventure tells the spine-tingling tale of 10-year-old Lewis (Owen Vaccaro) who goes to live with his uncle in a creaky old house with a mysterious tick-tocking heart. But his new town’s sleepy façade jolts to life with a secret world of warlocks and witches when Lewis accidentally awakens the dead.

Hmmmm…..interesting. To be honest, I actually never heard of this book before. However, after seeing this trailer, I might have to. Definitely looks quite interesting to me. I love the concept plot of the story and I do love seeing Black and Blanchett together in a movie. This movie is now definitely on my radar now for the month of September. Also, I’m curious to see the “what” exactly the clock that’s in the walls. 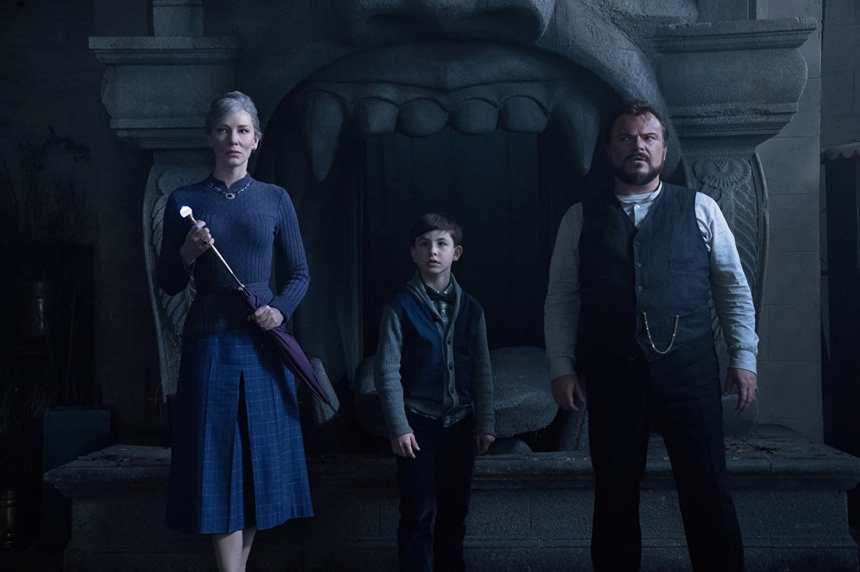 The House with a Clock in its Walls  arrives in theaters on September 21st, 2018