Following the Critical and cult success of 2014’s “A Girl Walks Home Alone at Night” – Ana Lily Amirpour is back with another bold vision for genre fans.  “The Bad Batch” first Premiered at the Venice Film Festival in ’16 and now following a few other festival showings in previous months – it’s now out to the public – Available on Select North American screens and widely available at home on Demand* and well, thanks to the folks at Mongrel Media who gave me early access last week, I’m here to talk about it.

“THE BAD BATCH” follows Arlen (Suki Waterhouse) after she’s left in a Texas wasteland fenced off from civilization. While trying to navigate the unforgiving landscape, Arlen is captured by a savage band of cannibals led by the mysterious Miami Man (Jason Momoa). With her life on the line, she makes her way to The Dream (Keanu Reeves). As she adjusts to life in ‘The Bad Batch’ Arlen discovers that being good or bad mostly depends on who’s standing next to you. (Mongrel Media)

The best way to go into “The Bad Batch” is to know as little as possible about the plot and that’s why I choose to use the Synopsis for which the North American distributors have been using so wisely.  Even the trailer *linked below* gives away very little as to what’s actually going on in the film and I was pleased to find myself guessing throughout the first hour as to how and why these characters have ended up in such a place in the first place.  It’s refreshing to go into a film in this day and age and to have such an experience of slowly putting the pieces together as information is slowly given to you as things unfold and so I encourage others who are planning on checking this one out to go in the same way as I did if you can help it.

Moving on, the biggest positive I can give to this film outside of it’s originality is that it looks absolutely FANTASTIC.  It’s a strong contender for the best looking film of 2017 so far for sure.  We get some breath-taking camera work from Cinematographer: Lyle Vincent, some great production design from the art team and lots of flashy neon and bright color too. It’s an extremely stylistic vision and I loved observing the world on hand.  Ana brings this wasteland together from mind to screen with apparently no outside influence but her own and it’s a great vision.  While the story and screenplay at hand *without diving into spoiler territory* are a bit underwhelming and ultimately disappointing given how much potential the film had to be something more, I still found myself deeply engaged thanks to these great visuals and engaging premise.  It’s cliche to say but this film is unlike any other.  It has elements of other films like “The Texas Chainsaw Massacre”, “Turbo Kid” and even “Mad Max: Fury Road” for sure, but this one stands on it’s own in the end.

Now, looking at that cast on IMDB, I know that many are going to expect some great performances and while I will say that everyone is good in their roles, I will say that there were no standouts here unfortunately.  Everyone is distinct in character but nobody shines above anyone else. Keanu Reeves and Jason Momoa have two big and rather unusual roles and while I don’t want to spoil any of the fun and unexpected cameos here – I will say that it was fun to see so many familiar faces on screen together.

On that note, I consider Suki Waterhouse to be a rising talent and while she has been in other films before – I haven’t really paid much notice to her before as an actress.  However, now that’s she in a leading role – I can see many more people taking notice and she will definitely get some more roles in the future as a result.  She is the closest we get to a standout here – showing much promise and while she is probably given the least amount of characteristics to her character – I was rooting for her survival.

Now, in terms of complaints – I did find the film to be a bit overlong and while I was admiring the visuals throughout – there were times were the film dragged and I could feel the run-time. Likewise, the romance that develops here was rather strange and it honestly came out of nowhere – it didn’t feel like there was really anything there between characters in terms of chemistry and or affection and it ended up being rather weird in the end.  It made no sense as it was a relationship between two characters of which one had earlier in the film threatened to kill the other if they didn’t comply.  Also, it’s worth mentioning that there are long sequences of visual storytelling where no characters are talking and if you are someone who is turned off by this method you might want to just stay away from this one.  If you’re a film fan, I’m sure you’re accustomed to it at this point but the average joes reading this will likely no longer be interested. 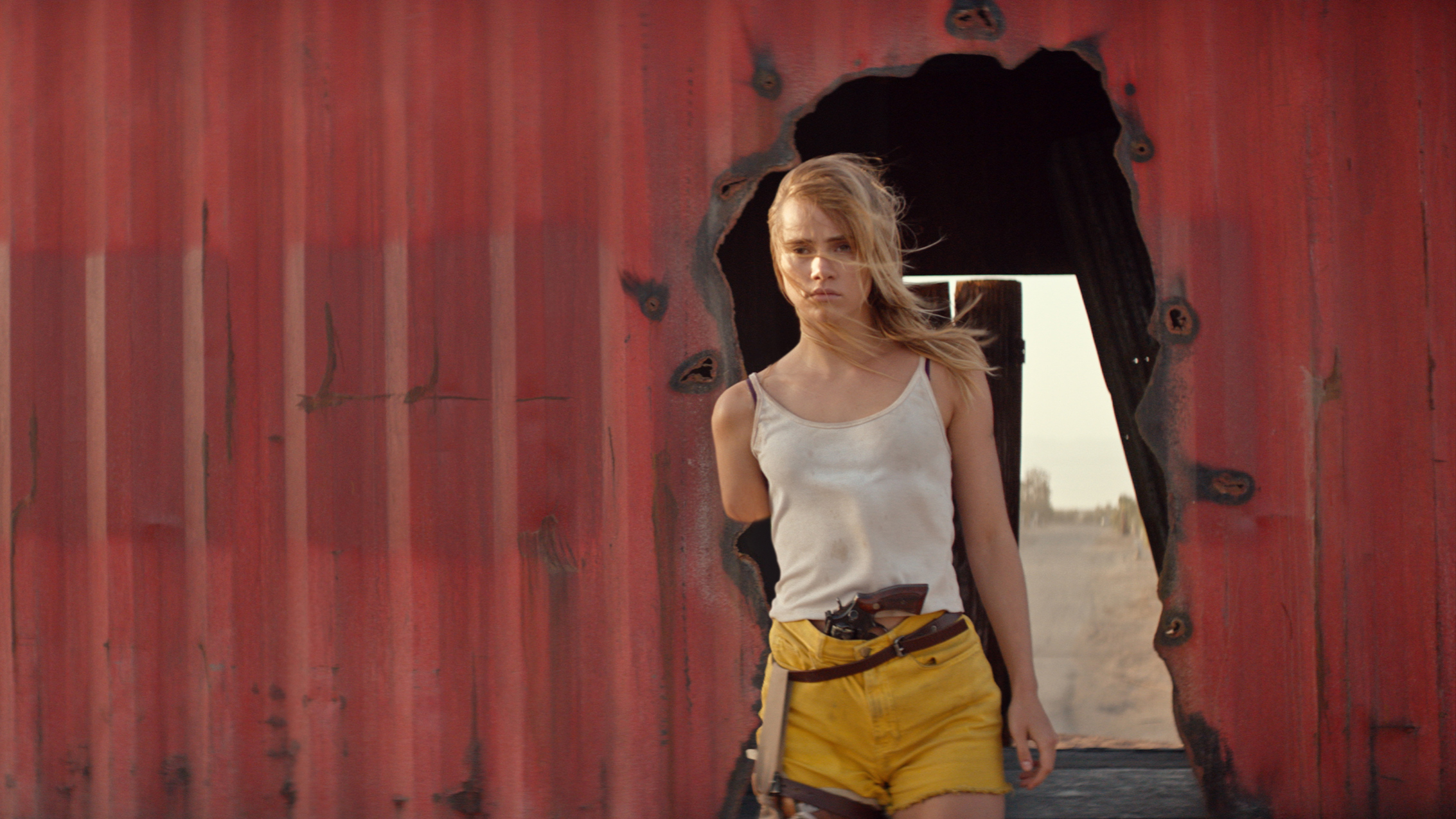 With some breath-taking camera work from Cinematographer: Lyle Vincent, great production design and lots of flashy neon and color to the mix, “The Bad Batch” is above all else – really nice to look at. Some may say that it favors style over substance with a underwhelming plot when compared to such a great premise and a sleek looking dystopia on display and while I would agree with that I was so taken away by the world and visuals that Ana Lily created here that it didn’t really bother me all that much.  The film never lost my interest and while it was certainly over-long with a run-time of 118 minutes, I was never really bored. I would have liked to see a better and more interesting plot to match the premise of course but what we get here is still a solid little ‘B’ film in the end.   The performances are all pretty good while some characters have more to them than others and while there are no real standouts – there’s a great cast of actors assembled here and there’s no denying it.

Overall, I had a good time watching this one and I think that most genre fans will as well.  This is Ana Lily’s second film to date and it’s obvious that those who saw her first film: “A Girl Walks Home Alone at Night” were impressed with what they saw because this film has a noticeably larger budget and number of backers behind it and it shows.  I’m definitely on board for whatever Amirpour does next and I hope this film can find some success on VOD and in Limited Release since it’s now available.  I recommend a rental to anyone who is interested.

You Can Rent the film on iTunes, YouTube and on most Cable Providers as well.  Neon is handling the distribution in the US and Mongrel Media in Canada.