Get ready to explore the wonders of Alpha as STX Entertainment and Europa release the newest trailer for director Luc Besson’s sci-fi adventure Valerian (or its full title Valerian and the City of a Thousand Planets). View trailer below.

Rooted in the classic graphic novel series, Valerian and Laureline- visionary writer/director Luc Besson advances this iconic source material into a contemporary, unique and epic science fiction saga.Valerian (Dane DeHaan) and Laureline (Cara Delevingne) are special operatives for the government of the human territories charged with maintaining order throughout the universe.

Under directive from their Commander (Clive Owen), Valerian and Laureline embark on a mission to the breathtaking intergalactic city of Alpha, an ever-expanding metropolis comprised of thousands of different species from all four corners of the universe. Alpha’s seventeen million inhabitants have converged over time- uniting their talents, technology and resources for the betterment of all. Unfortunately, not everyone on Alpha shares in these same objectives; in fact, unseen forces are at work, placing our race in great danger.

Wow….I’m very intrigued to see this movie. As someone online pointed out, Valerian is either a spin-off, remake, a sequel film or even part of a cinematic universe (a very common trend in Hollywood right now). Because of that reason, I’m curious to see this movie. On top of that notion, the films visuals look impressive and creative with a lot of imagination put into the concept design of the various sci-fi creatures and locales. How this movie will be received still remains unclear, but (personally) I hope to enjoy seeing Valerian, exploring the vastness of Alpha and all the colorful characters in this sci-fi adventure. 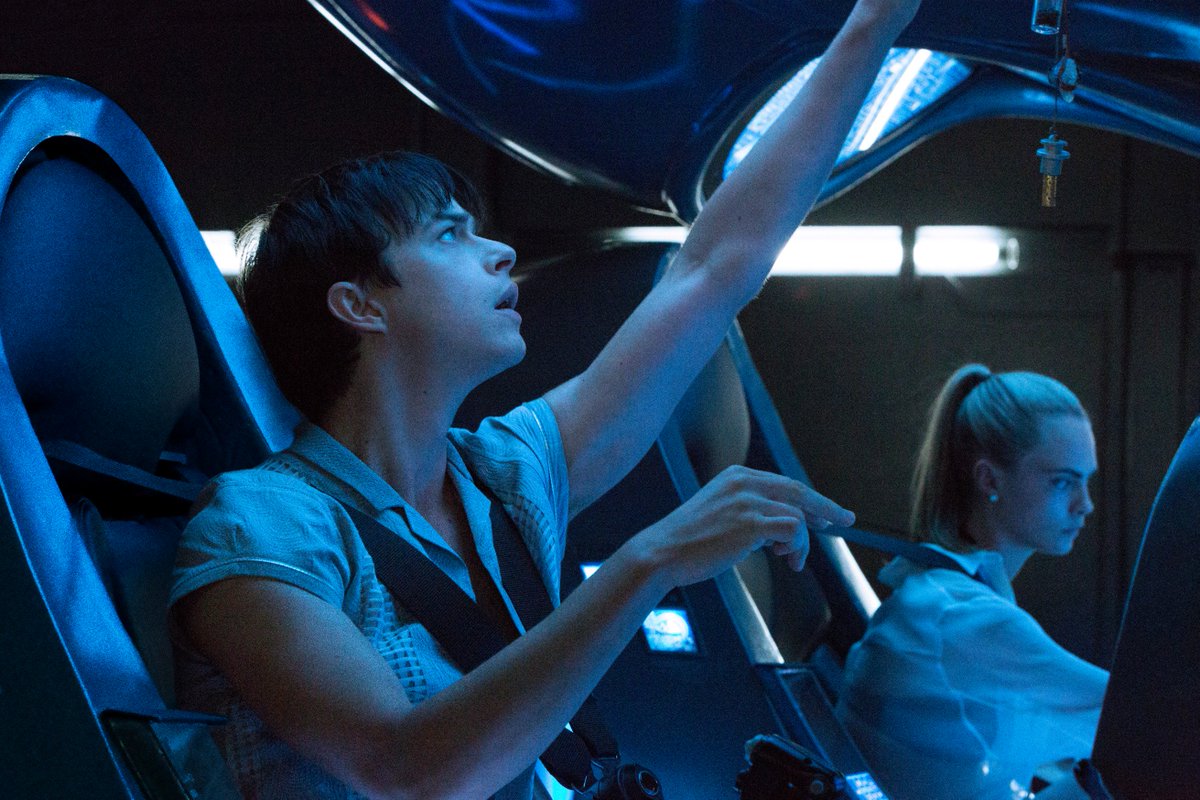 Valerian  (i.e. Valerian and the City of a Thousand Planets)  arrives in theaters next year on July 21st, 2017