Well, folks. After being on very much long, long, delay, I finally got around to do my part (Part 2) of this editorial.

Welcome the first “Jason and Adam’s Editorial Debate”, an on-going series that me and my good friend Adam Lydard are going to be having with various movie topics. As it goes, either him or I will start one topic and then the other will counteract it with a rebuttal. Its simple, effective, and you guys decided who wins. Our first topic to debate about is on which is our favorite MCU (Marvel Cinematic Universe) so far. This is part 2 of the editorial debate.

For those who don’t know (if you have been living under a rock), the MCU is a shared cinematic universe of Marvel characters, villains, and superheroes. Since it began in 2008 with film Iron Man, the MCU has become a dominant and juggernaut powerhouse, raking in millions and the box offices and gaining movie followers from longtime comic books fans to causal moviegoers. As of June 2016, Marvel has released 13 movies under the MCU brand name, which are listed below:

My friend Adam did his part in Part 1 and he choose Iron Man to be his favorite movie in the MCU (so far). With his opinion given, here is my thoughts on what is my favorite my MCU movie (so far).

As being a Marvel fan, the MCU has given many fine choices to like, but its kind of hard to narrow down. Like Adam, I could say that Iron Man was the best MCU movie out there as it was the first entry in the franchise and set the standard for what was to come of future Marvel movies. I could also say that the first Avengers movie was the best as it was an monumental event in movie history to have all those superhero leads in one movie. I could also say that Captain America: Civil War was the best as it showed the two big character of the MCU (Iron Man and Captain America) fight each other and their was the big “airport fight scene, which was incredible awesome. So, while those are good choices, my personal favorite has to be…..(big drum roll)……Guardians of the Galaxy.

Since its release, everyone now knows the success of Guardians of the Galaxy from critics’ success, from praise of moviegoer, and to the powerhouse box office results. Yes, this movie has become iconic and has set the MCU by storm. By why? In fact, it was a bigger risk than doing the Avengers film and had a lot going against it from get-go. Just look at its comic book source material. While many fans / casual viewers knew of Iron Man, Thor, Captain America, and the Hulk, who could honestly say that they knew much of Guardians of the Galaxy. I honestly didn’t and I had to look them up to find out who they actually were. So Marvel Studio was taking a big leap with a big budgeted feature film with a lesser-known group of characters that many didn’t know or care about. Plus, if you seeing the movie, there’s very little in ways of continuity between it and the rest of the MCU. With the exception of Thanos, The Collector, and the Infinity Stones, there’s little to connect to the rest of the already establish movie franchise. However, I think it worked in its favor.

I mean, if you think about, it was able to stand on own its ground, with minimal leverage from the rest of the MCU. In addition, with only glimpses here and there, Guardians took the MCU into outer space, introducing viewers to the cosmic realm of universe with new alien worlds and the inhabitants that dwell there. As I’ve always been a fan of sci-fi films, it was pleasure to see such a fun jaunt through outer space, while retaining the comic book fun from Marvel. As a side note, coming out right after the more serious comic (more grounded in reality) Marvel movie of Captain America: The Winter Soldier, Guardians of the Galaxy was fun changed of pace. Plus the movie’s humor definitely played a big part in my overall likeness of this movie.

Then there was the director of the movie, who was James Gunn. Gunn, who had done smaller budgeted features, had a clear vision of what he wanted with the feature (or at least jived with what Marvel Studios wanted to see in the film). Guardians proved that even a small-time director can do great things with blockbuster movie. And I can’t forget to the film’s music. I mean…hearing all those songs in the movie make the feature that much more enjoyable to watch. It wasn’t awkward, jarring, or anything like that. It actually fit perfectly well in the movie. Of course, my favorite song is Rebone’s “Come and Get Your Love”. That whole sequence with Peter Quill dancing to it, is hilarious.

Finally, there is the cast of the movie, which is solid and works incredible well together. Chris Pratt as Peter Quill (Star-Lord) is my favorite. As I stated many times, I’m huge Pratt fan, so it was great to seeing him in this role. The character is a bit of departure from how he is in the comics, but Pratt’s natural humor and charisma makes the character likeable and endearing. Another favorite of mine was Dave Bautista’s Drax, who was quite the “surprise hit” in the movie as the trailers didn’t “highlight” him as much as did the rest of the cast. The rest of the cast, including Zoe Saldana, Bradley Cooper, and Vin Diesel, all of which performed great in their respective characters. In addition, they all worked great together, sharing a chemistry as actors and as their character persona, making the group feel cohesive and gel with each other (despite them all being an odd bunch).

So that’s my reason behind why I like Guardians of the Galaxy as my favorite MCU movie (so far). It was bold risk on some “unknown / offbeat characters” (unknown in mainstream pop culture) and Marvel surely did make its mark with this movie on the year of 2014. To this day, I still watch Guardians of the Galaxy the same way I did when I first saw….the wide-eyed fanboy admiration. So that’s my reasons for liking the movie the best in the MCU.

However, with Doctor Strange coming out soon, all of that could change. Like Guardians, Strange is a “different” tale from the current MCU’s status quo, so that definitely peaks my interest to see it. Also, Marvel just released the teaser trailer for Guardians of the Galaxy Vol. 2 and it does look incredible. Could that be favorite? Its a possibility. Or even the super climax feature of the MCU in Avengers: Infinity War. Again, another possibility. For now, let’s just say the Guardians is my favorite and if you don’t like it….we can have dance off (yup…me and you) to settle it. 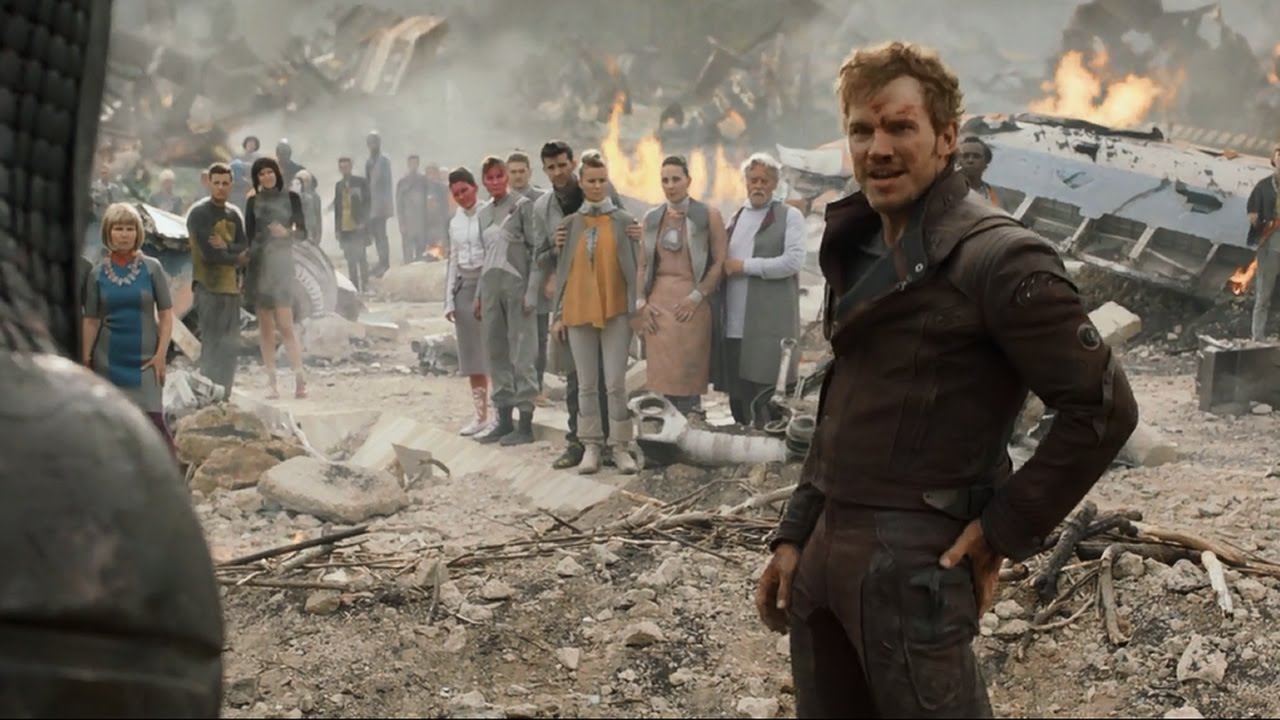 PS – To my readers and followers, do you agree with me or Adam? What’s your favorite MCU movie?