THE SPY THAT MADE ME LAUGH

Paul Feig has done the Hollywood circle of acting, directing, writing, and producing. Appearing first in 1987’s Zombie High, Feig continued to appear movies, making directorial debut occurred with 2003’s I am David. In world of TV, Feig directed from shows like The Office, Parks & Recreations, Arrested Development, 30 Rock, Mad Men, and many others. He also created the short lived, but critically acclaimed television show Freaks & Geeks. Feig’s directorial work on recent comedy features includes the actress Melissa McCarthy, appearing alongside Kristen Wig in 2011’s Bridemaids and Sandra Bullock in 2013’s The Heat. It would seem that a third time’s a charm as Feig reunites with McCarthy for 20th Century Fox’s newest comedy Spy. Does this film aspire to be the best comedy of 2015 (so far) or is it one too many spy nuances for audience to care about?

Susan Cooper (Melissa McCarthy) works for the C.I.A, but not in the most ideal capacity, running surveillance interference for superspy Bradley Fine (Jude Law) of whom Cooper is secretively smitten with. After a recent mission debacle and a stolen nuclear bomb that goes into hiding somewhere in Europe, C.I.A boss Elaine Crocker (Allison Janney) has no choice but to turn to Susan for help; an assignment that needs her bland ordinariness to infiltrate Bulgarian terrorist Rayna Boyanov (Rose Byrne) to uncover the purloined nuke. With the task at hand, Susan is sent overseas to Europe for her mission in a fumbling series of awkward secret non-sexual identities; always shadowed by Rick Ford (Jason Statham), a C.I.A rogue agent who’s seeking revenge. Working close within Rayna’s proximity, Susan begins to realize that she’s way over her head, trying to summon the courage of true superspy to save the day from the clutches of Rayna and her lackeys. 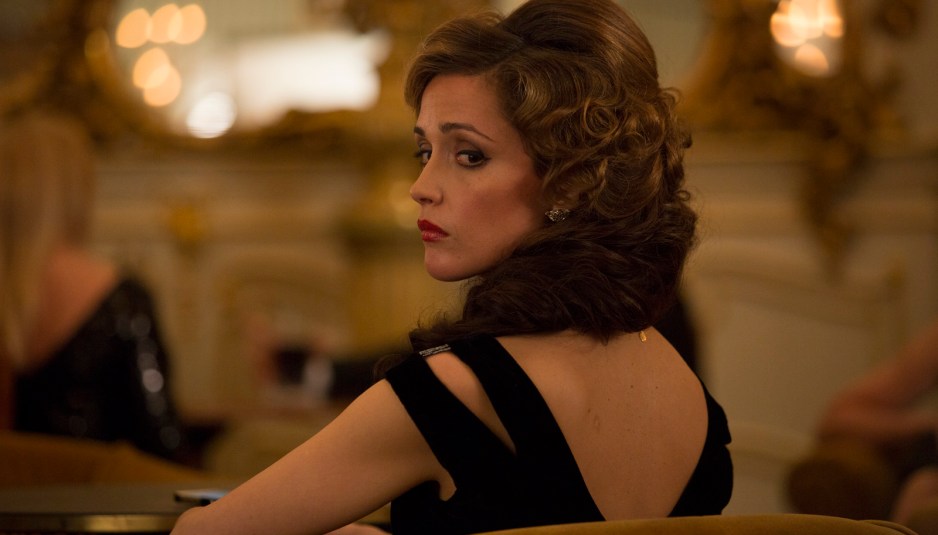 I never saw much of Paul Feig as an actor with the exception of his role in 1995’s Heavyweights. The same goes with his directing of TV episodes, the exception being his directing the episode for Parks & Recreation. As for his movies, I’ve only watched Bridemaids and The Heat (with The Heat being a personally favorite). I remember seeing the preview for Spy and felt like it was going to be interesting movie. Mellissa McCarthy has proven to be very funny with her foul mouth improv and both her and Feig have teamed up twice before, so their chemistry of director and actresses seems to be spot on. The result is that Spy is a great and hilarious comedy movie with Feig and McCarthy collaborating quite well together again, but its spy premise is too overstuffed and formulaic.

Spy does seem to channel the film world of the spy genre, emulating an energetic action scene for the movie’s opening that’s then accompanied by a James Bond-esque opening title sequences with the song “Who Can You Trust” by Ivy Levan. Agents, cool cars, gadgets, henchmen, and a plot to stop a terrorist is all presented in the movie and comes with the territory of espionage spy films. While the movie is a somewhat of a comedic parody of past spy movies, its action is still in full throttle mode with some exciting action scenes that really good. Unfortunately, Spy’s problem is that of which it’s poking fun of. Whether classic portrayals, modern day twists, or spoofs, the spy genre has been done and redone for many, many years in Hollywood as it’s commonplace narrative of sorts is mostly worn out from been overused one too many times. Spy follows that trends as its narrative, while more involved than Feig’s past two movies, feels too predictable with several twists and turns of plot elements that can be seeing coming. With a running time of 2 hours long, the movie also feels a tad bit long and perhaps should have shaved off a good 10 or 15 minutes of the movie’s final cut instead of Feig indulging in one too many scenes. As a side note, with a production budget of roughly $65 million dollars, Feig and his filmmaking team seem to utilize their money properly with Spy looking very sleek and lavishing, one befitting a spy-esque world of secret agents and evil terrorists.

In terms of acting, while Spy has a talented ensemble of actors and actresses, it’s really Melissa McCarthy’s show. From onset to conclusion, the actress is always “on” and owns the role of Susan Cooper, delivering line after line of crass self-deprecation hilarity. Like most of her roles, McCarthy plays to her strength, being a rotund foul mouth female with Feig giving her plenty of great material (with humor and action) to use within the classic male spy genre world. All in all, the character of Susan’s Cooper is a welcomed addition to McCarthy’s own particular branch of comedy film personas. Alongside McCarthy, actress Rose Byrne also provides her comedy chops as the Bulgarian femme fatale Rayna Boyanov, a role that channels (pokes fun at) the classic James Bond archetype with Byrne’s stylishly wardrobe and lofty snooty remarks. Following her, Jude Law also seems to be jokingly honing in on the dashing lead male spy satire with his character of Bradley Fine. However, the most surprising performance in Spy (and probably the real scene-stealer of the feature) comes from actor Jason Statham. Statham, who is widely known for playing roles within the action genre, plays his character of Rick Ford with surprisingly funny lines of dialogue, while also mocking his ridiculous on-screen stunts from past films, proving that the 47 year old action star can do very well outside his typical movie field.

Spy also has a great selection of supporting characters. Miranda Hart, known for her TV series roles in Miranda and Call the Midwife, plays Susan’s co-worker Nancy. B Artingstall with several scenes of comedy delegated for her character to shining on-screen. British actor Peter Serafinowicz is very entertaining (and funny) in Spy as Aldo, a debonair Italian informant / playboy who helps Susan on her mission. Rounding out the Spy’s supporting cast includes Allison Janney as C.I.A Deputy Director Elaine Crocker, Morena Baccarin as female C.I.A agent Karen Walker, and Bobby Cannavale as Sergio De Luca. These three, while talented and noteworthy, have limited screen time, but make the best of the roles they’re offered. There are also a couple of cameo appearances in the movie, some who have had appeared in Feig’s previous works (keep an eye opened for them).

Paul Feig and Melissa McCarthy seems to deliver a stellar showcase of comical shenanigans in Spy. This third collaboration of the two seems to be their best, bringing their “A” game talents to picture with nifty action spy athletics and raunchy comedic remarks. Its flaws, a formulaic plot of a spy premise and an unnecessary lengthy runtime, are duly noted, but makes up for it with a solid performance from its female lead and the feature’s supporting characters, making the film’s overall enjoyment hilariously palpable. To me, Spy was uproariously funny, worth the hype,  and personally stands as a prime candidate for 2015’s best comedy movie (so far at least). Here’s to hoping that Feig and McCarthy one day return to the covert spy world of Susan Cooper with a follow-up sequel.