Cory Finley’s “Thoroughbreds” was on my watch-list since it first premiered to great reactions/reviews out of the Sundance Film Festival last January. Shortly after the premiere, the film was acquired by the folks at Focus Features who continued to play the film at a variety of festivals across the US and UK throughout 2017 before ultimately dating the film for a March 2018 theatrical release. 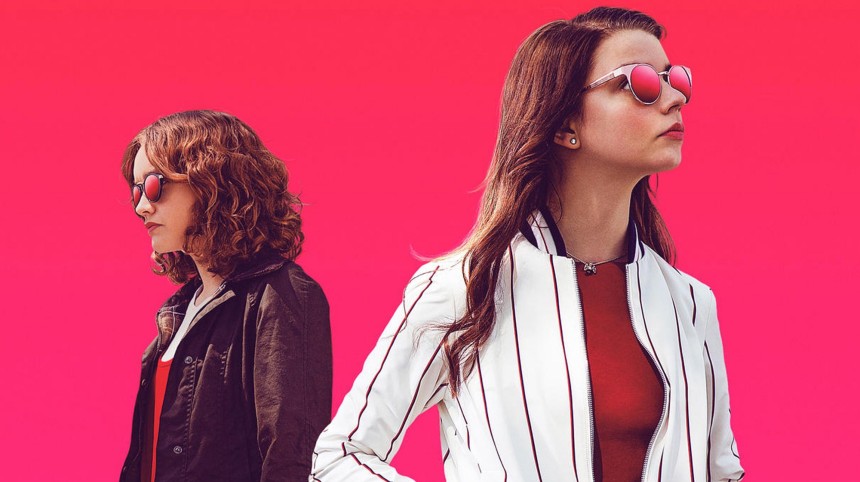 I was really excited for this movie to finally come out but when the time finally did come I was unable to find the film in a nearby theater *the closest location was 4+ hours away from me* due to it receiving only a moderate (500+ screen release).

I was remaining hopeful for a quick expansion but with little marketing behind it, the film bombed at the box-office, struggled to reach $2 million with tough competition from all of the other films that were released in March and it was quickly removed from theaters. As a result, the movie never really expanded all that much and it never did open within a reasonable range and I had to wait to tonight to finally see it.

The folks at Universal Pictures Home Entertainment sent me a review copy as per request and I watched it immediately after opening the package. Before I dive in further with my full thoughts on the film though, here’s a brief plot synopsis for those who are unaware as to what the film is even about…

Plot: Childhood friends Lily (Anya Taylor-Joy) and Amanda (Olivia Cooke) reconnect in suburban Connecticut after years of growing apart. Lily is now a polished, upper-class teenager at a fancy boarding school; Amanda has turned into a sharp-witted outcast with an attitude. Though they seem at odds, the pair bonds over Lily’s contempt for her oppressive stepfather, and they begin to bring out one another’s most destructive tendencies. Their ambitions lead them to hire a local hustler and take matters into their own hands to set their lives straight. (Provided by Universal Pictures Home Entertainment)

Review: “Thoroughbreds” is an absolute blast from start to finish. It’s a darkly funny, widely entertaining and completely unpredictable film. The performances are all great, the script/dialogue is razor sharp and very witty and it’s almost impossible to tell that this is a directional debut as newcomer: Cory Finley showcases a remarkable amount of talent/skill behind the camera. I’m actually really mad that this bombed at the box-office with only $2.830 million domestically as it deserves so much more attention than it received. It balances genres brilliantly and really deserves all of the praise it’s been receiving. I really hope it becomes a cult classic so more people are exposed.

This is the type of film that grabs you right from the beginning and doesn’t let go until the end crawl finally sneaks up on you. The unpredictability of characters and events brings a feeling of intensity from the very beginning and it doesn’t let go until the very final scene. It really holds your attention from beginning to end. Many critics have made comparisons to “American Psycho” and “Heathers” and while I can see where they are drawing comparisons I will say that this film is very much an original piece and it’s a really refreshing/un-clichéd entry into the thriller genre. You know that something is up right away from the eerie beginning but a lot of the fun is the discovery that follows. Both young Anya Taylor-Joy (“The Witch”, “Split”) and Olivia Cooke (“Bates Motel”, “Ready Player One”) show great promise here as young actors and I must take the time to applaud their work. They are really something else here – both delivering really strong, mature performances that show massive talent and promise of what’s to come. The majority of the film is just conversations between the two but you don’t care because the material and their performances are both equally good. I’m very impressed. The late Anton Yelchin (“Star Trek”, “Green Room”) is in this as well but it’s a smaller, less demanding role to go out on so I don’t have much to say about it other than that he’s great as he always was on screen. He will be missed by many and it’s really a shame to see such a talented actor pass so soon.

With this review, I’m trying really hard not to spoil anything because it’s really best to go into this one as blind as possible but I’ll end by saying that there’s some really great social commentary here about suburban life too and It’s dark, quirky and really different. I highly recommend checking this one out as soon as you can if you haven’t already.

In Conclusion/My Verdict: 4.0 out of 5.0 Stars: “Thoroughbreds” is without a doubt one of the best films of 2018 (thus far) and it’s a real shame that it has (thus far) not found a proper audience for itself. This film is funny, disturbing and wildly unpredictable from start to finish. It’s one of the best and most consistently entertaining directional debuts in the past decade and I had a blast watching it. I urge anyone who enjoys dark psychological thrillers to add this to their watch-list ASAP as it’s a must-watch.  From the acting to the script to the direction – I loved just about everything here and I was shocked to find out that this is a debut feature. I can’t wait to see what Cory Finley is able to do next as he has really put himself on the map here. It’s a real shame that the folks at Focus didn’t market this better… Here’s hoping it finds a wider audience with its home video release.

For Those Interested: “Thoroughbreds” is Now Available on Digital HD.  It will be released on Blu-Ray and DVD from Universal Pictures Home Entertainment on   June 5th.