A MUST-SEE FOR FILM FANS,

BUT IT LEFT ME COLD

As many of you have probably noticed, I have been absent on Jason’s site for quite a few months now. My reason behind this isn’t the best excuse but basically I’ve been very busy at work and haven’t been unable to keep up with my writing as of late.  I’ve still been watching lots of movies *mostly on my days off which I usually spend at the local multiplex* but I haven’t had the time to do any reviews/coverage as of late as I have had to make sacrifices in order to make a living.

Rest assured, I’m back now and I hope to have some new reviews for you guys in the coming weeks/ months. Most recently, I was given the opportunity to check out some of the films from the 15th edition of the Calgary Underground Film Festival *one of the top rated Genre Festivals in Canada* which I’m really excited to talk about.  The festival just wrapped up and while I was unable to attend in person this year *due to work and other obligations* – I was able to see some of the most buzzed about films in the lineup with the help of screeners and the PR agents who were willing to help me out in exchange for the coverage.  I will be posting these reviews as I can over the next couple of weeks so stay tuned. I’m still working. I’m just going to force myself to find the time to write because I’ve missed it.

This will be the first of a series. So here goes. Intro: After months of hype and much anticipation: I was finally able to sit down and watch Lynne Ramsay’s “You Were Never Really Here” a few nights ago and I was shaking with excitement. The film had taken home awards for Best Screenplay and Best Actor out of Cannes last year and while it had been notably absent from the Fall Festival Season and thus the 2017 Awards Season as a whole– everyone who had seen it at Cannes and on the international festival circuit was still raving about the film months later. With many claiming Joaquin Phoenix’s performance to be his best to date and with many comparing the film to Scorsese’s masterpiece: “Taxi Driver” – I was buzzing with excitement to say the least.

Before I fully dive in with my thoughts and review of the film though, here’s a brief synopsis and look at the film.

Plot: A traumatized veteran (Joaquin Phoenix), unafraid of violence, tracks down missing girls for a living. When a job spins out of control, Joe’s nightmares overtake him as a conspiracy is uncovered leading to what may be his death trip or his awakening. (Amazon Studios)

Review: I live in an area where these smaller/more limited releases don’t typically open early and so it’s safe to say that I’m no stranger from the disappointment that comes with months of hype and so I’m disappointed to say that even after two attempts – I walked away a bit let down with the final product. I’m fully aware that I’m in the minority among my fellow film fanatics here but I was just left really cold by this film. Jonny Greenwood’s score is without a doubt extremely powerful as is Phoenix’s lead performance but I just wanted more than what the film was able to provide me with. 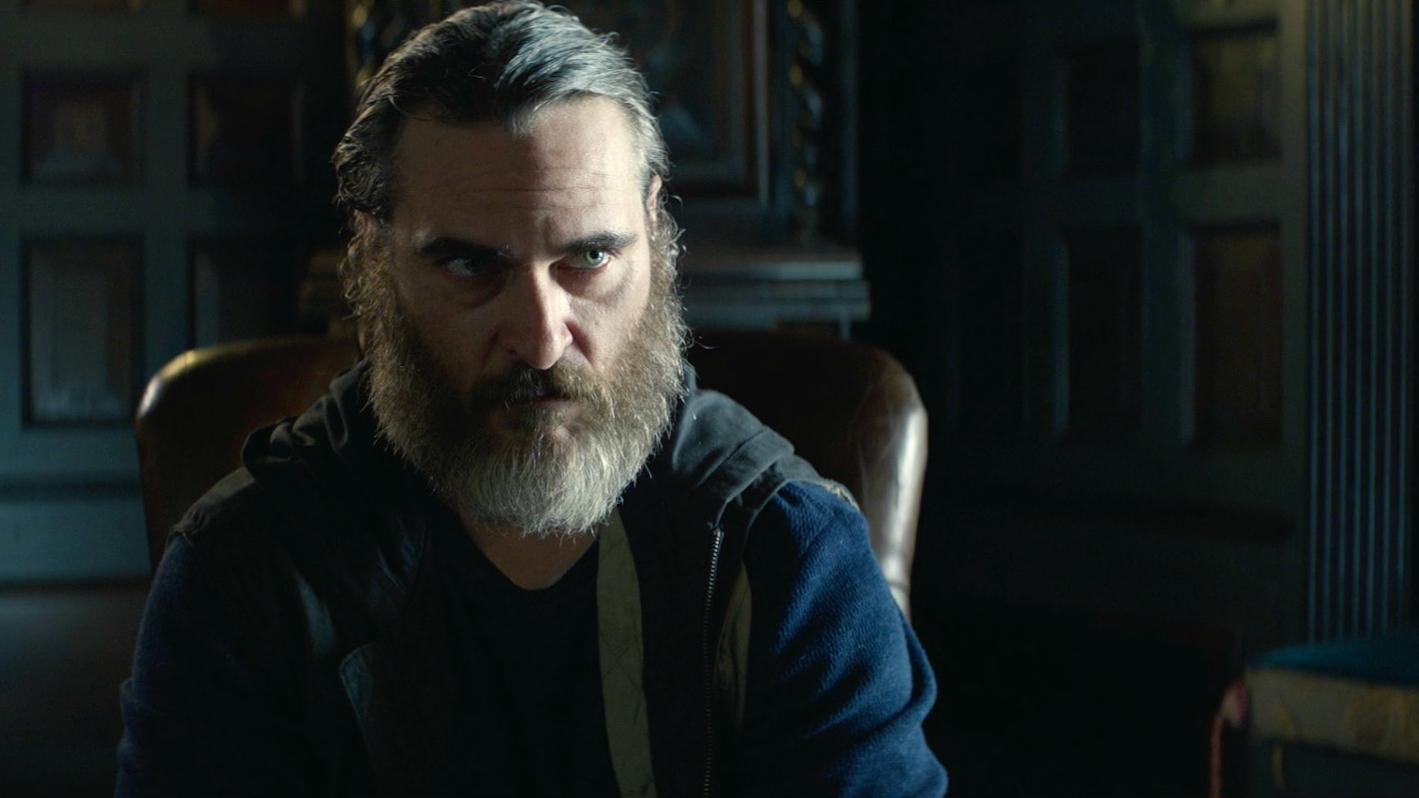 What elevates a film for me is the amount of emotion I feel while watching it. Here, I was left cold by the film’s end and even after watching it again and noticing more details the second time I still had a similar experience. The film provides more questions than answers and while it’s an intriguing watch from beginning to end I wanted to feel more emotion from the scenes. At 89 minutes, the run-time just flies by as there’s never a dull moment and the editing is razor sharp and that’s great but I feel as though there’s a lot missing here too. It feels like a puzzle with missing pieces and while that can sometimes work for me – it didn’t here. Perhaps there was a lot left on the editing room floor or perhaps this is exactly the type of film Ramsay wanted to make – whatever the case may be it simply didn’t work for me and that’s a shame.

With that said, this isn’t a film that I’ll easily forget and thus this isn’t a negative review. The cinematography and score are characters of their own here and the film is an absolute ride.  Whether you love it, hate it or walk away a bit cold like myself you can’t deny that it’s pretty unique.  I actually recommend for my fellow film fans to go check this one out as it’s far from a bad film. Some may not get much from it while others will absolutely adore it. Who knows, with a future re-watch a year or two down the road I could have a completely different experience.    Film is one of the most unique art forms that there is and sometimes you need to be in a different state of mind/stage of life to really appreciate a certain piece.

In Conclusion/My Verdict: 3.5 out of 5.0 Stars – “You Were Never Really Here” may have left me cold on an emotional level but I’d be lying if I said that I disliked it as a whole. It’s very much an art-house film meant for an art-house crowd and so it may not be for everybody but if you’re willing to go with it, I think you find yourself entranced by the fantastic cinematography, its haunting score and awards worthy performance from Joaquin Phoenix. Surprisingly enough most of the violence is off-screen so if that’s something you’re worried about – rest assured – it’s not as graphic as the marketing team would have you believe.  Now that I’ve finally seen the film, I’m interested in reading Jonathan Ames’ novel for which the film is based to see if I can dive deeper into Phoenix’s character to answer some of my most burning questions. Likewise, I plan on re-watching asap as the visuals have not left my head since the first viewing.

For Those Interested: “YOU WERE NEVER REALLY HERE” is Now Playing on Select Screens in Canada, the US and the UK. Check your Local Listings/Cinema for Possible Listings if you’re interested in checking it out.

The fine people at Amazon Studios are distributing in the US, the folks over at Elevation Pictures are handling the Canadian release and the people over at Studio Canal are handling things in the UK.

Thanks for Reading and I hope to see you again soon! 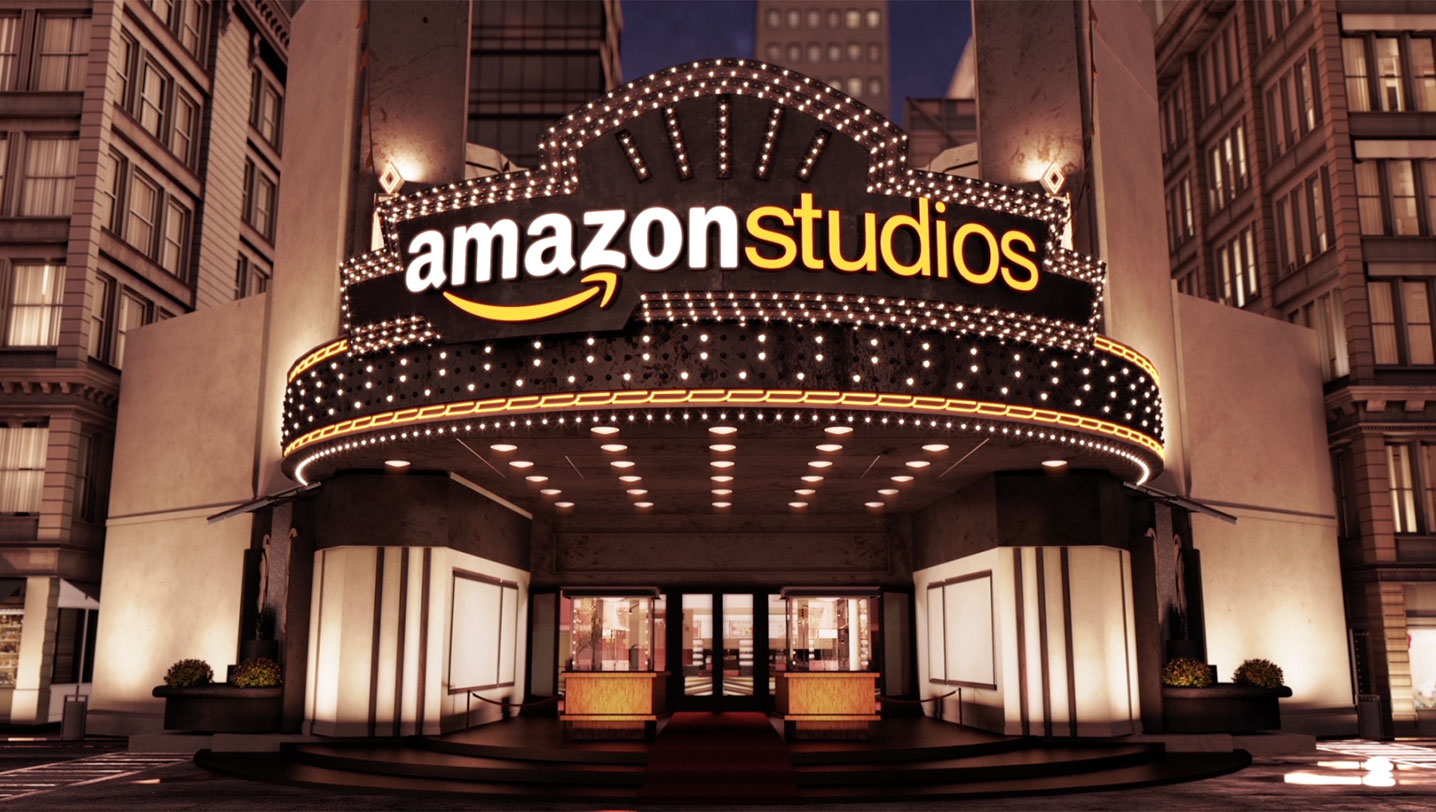