A QUIET YET EFFECTIVE

Intro: Well, it’s hard to believe, but in just over one week I’ll be back in Halifax, NS for the 37th edition of the Atlantic International Film Festival…

I will be seeing 20+ films during my time at the festival this year and I simply can’t wait to be back in Halifax for another week of great films. There are some incredible looking movies in the lineup this year and I can’t wait to begin watching. Before I arrive though, I have a couple festival selections/titles to review beforehand.  These reviews will be for films that I have scheduling conflicts with and for films that some distributors and PR agents were kind enough to provide me with so that I could see more festival titles and provide more coverage this year. First up is “Beach Rats” but before I dive in, let’s first talk plot…

Plot: Frankie is having a miserable summer. His father is slowly dying of cancer; his mother won’t get off his back about his lack of communication and secretive lifestyle and amidst all of this: Frankie has his own battle to fight. He’s really unsure of his sexuality and he doesn’t know how to face it but instead of reaching out to someone for guidance: he chooses his own escapes. By day: Frankie gets high and causes trouble with his delinquent ‘beach rat’ friends on the outer edges of Brooklyn and by night: Frankie chats and flirts with older men online. Hoping to figure it all out – Frankie leads a confused double life as situations in his personal life slowly begin to intensify.

Eliza Hittman’s “Beach Rats” grabs you from its very opening shot and it doesn’t let go until the inevitable fade to black. Writer and Director: Eliza Hittman provides some dark, gloomy and really quite engaging material here and she’s not afraid to tackle the mature subject matter at hand either. There are long takes of male/female nudity, drug use and even some ‘ballsy’ sex scenes throughout the film and she showcases the material fearlessly. What’s most admirable, about her take, however, is that she just tells her story, she doesn’t preach or provide a right/wrong side to any of it – she just presents the material as it is. This is only her second feature film to date – following: 2013’s “It Felt like Love” but already she feels like a talent worth watching – she isn’t afraid to let shots linger or to showcase the harsh reality of a situation and that’s admirable.  Although what we’re watching in “Beach Rats” feels very personal and like something we shouldn’t even be seeing: Hittman along with: Cinematographer: Hélène Louvart, Editors: Scott Cummings & Joe Murphy and Composer: grab all of your senses and make it incredibly hard to look away from the screen at any given time. 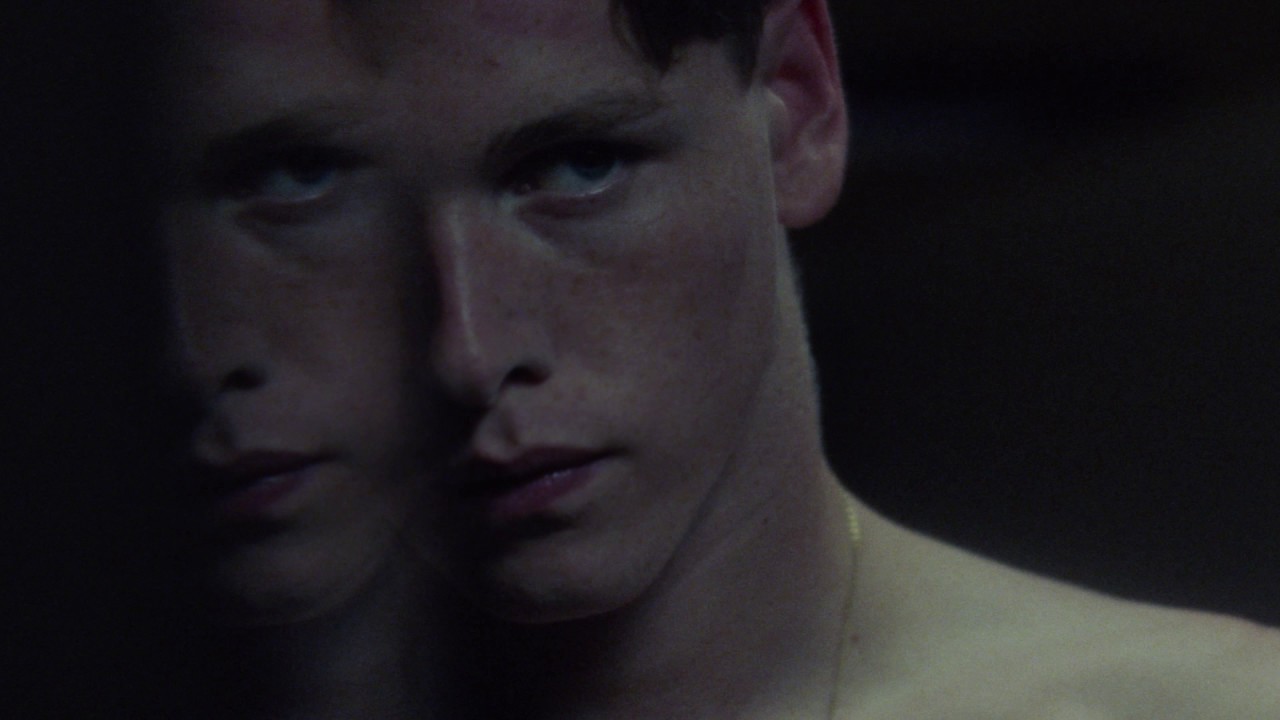 The majority of the performances here come from a set of nobody’s but they are all the more impressive as such.  Most impressive is our lead: Harris Dickinson who delivers an emotionally raw yet quiet performance as Frankie – a closeted teen frantically trying to hide his double life from his family and friends.  Just Dickinson’s facial expressions alone convey so much emotion here.  As this is a character that keeps so much hidden from friends and family there are few deep and meaningful conversations here though. Instead, most of the film’s more emotional moments come from Dickinson’s quick glances, facial expressions and just the painful looks in his eyes as he struggles to find his way. It’s remarkable that he can say so little but so much at the same time. This is sure to be the film that launches his career into unthinkable heights.  The rest of the cast are great here too – so much so that you forget that what you’re watching isn’t real but nobody comes anywhere close to Dickinson’s extraordinary performance here. 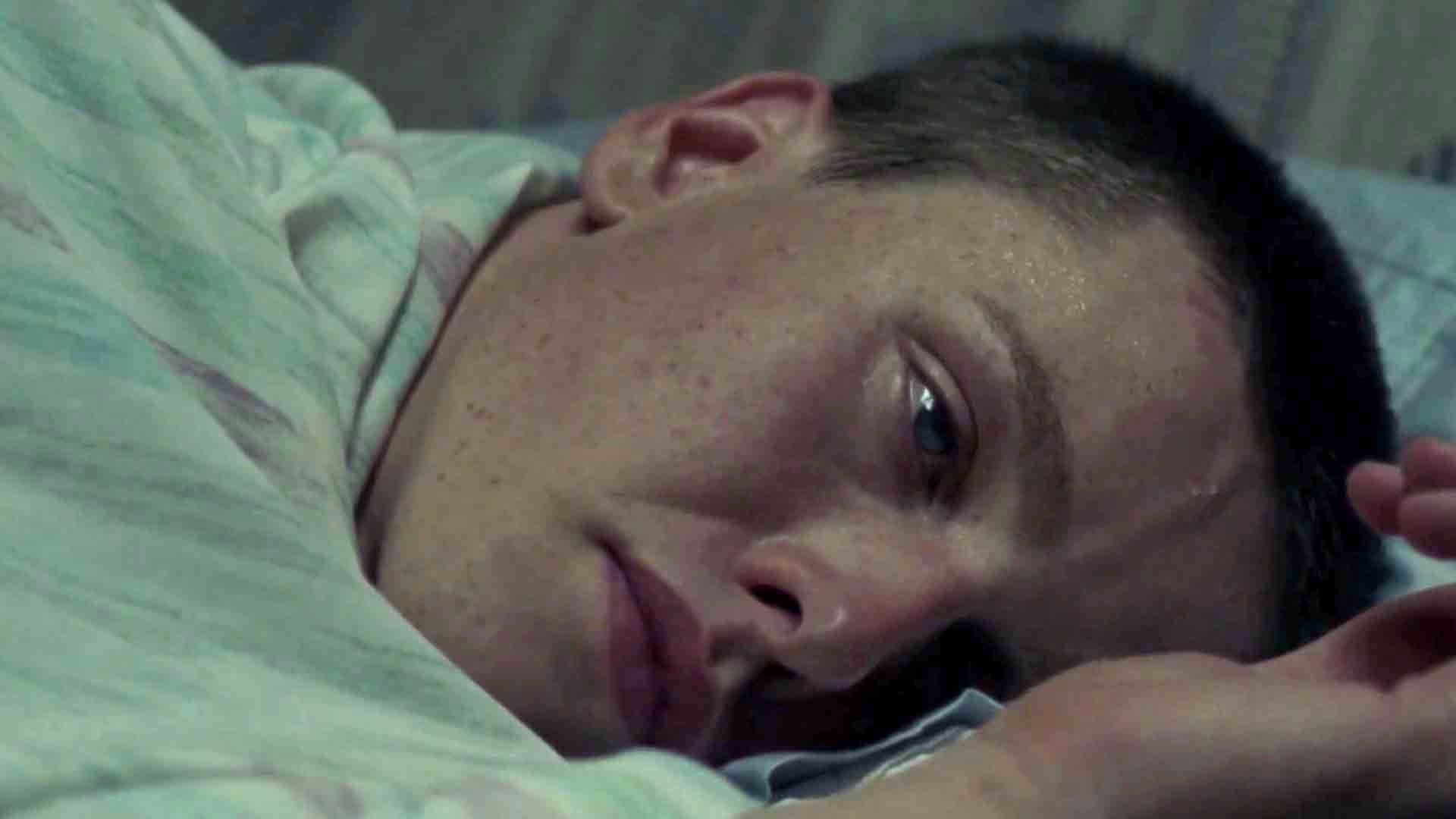 This film won Eliza the Directing Prize at Sundance back in January and I think she was more than deserving of the prize. I highly recommend for more people to give this one a chance as it’s unfortunate to see the underwhelming box-office results so far. I can see a lot of people being turned away due to its subject matter and their own beliefs/sexuality but I can see just as many appreciating how Hittman handled the material here. This is a film that I wasn’t expecting to like anywhere near as much as I did but yet here we are.  I almost let it go underneath my radar but I’m glad I got to check it out and I urge others to as well. In Conclusion/My Verdict: 4.0 out of 5.0 Stars – Raw, Gripping and beautifully acted: “Beach Rats” really snuck up on me as one of my favorite films of 2017 (so far). From the impressive acting to the bold directing to the sharp editing and striking cinematography – there’s lots to impress here. This film grabs you from the very opening scene and it doesn’t let go until the very last.  It handles some mature subject matter and themes but with no preaching from anyone involved.  Eliza Hittman is definitely a director I’ll be watching in the future as I can’t wait to see what she brings to the table next.  Likewise, young Harris Dickinson is a star in the making and I’m sure we will be seeing more of him soon.  This is a breakout performance and a GREAT film. SEE IT.

The Folks at Mongrel Media will be releasing the film in Canada beginning with a Limited Release on September 22nd.

For those of you in the US: “Beach Rats” is Now Playing on Select Screens in NY, LA and Chicago.  More expansions will follow in the coming weeks.