WITH A LOT OF HEART

Intro: It seems that every week now – I’m here reviewing a film hot off the festival circuit and well, this week is no different. Today, I’m here to talk about the much anticipated indie dramedy: “Brigsby Bear”. A film that even Kevin Smith took to Social Media to praise in the weeks leading up to it’s release. So the question is: After 7 long months of festival hype – Does ‘Brigsby’ live up? Let’s dive in.

Plot: Brigsby Bear Adventures is a children’s TV show produced for an audience of one: James. When the show abruptly ends, James’s life changes forever, and he sets out to finish the story…  (Mongrel Media)

Review: While it may not have had the exact level of emotional impact on me that I was expecting and hoping for, I can happily say that “Brigsby Bear” is still most definitely a film worth checking out if you find yourself at all intrigued with it’s premise. This movie is a lot of things and genres thrown into one but at it’s heart its a film about the pure joy of creativity and how the influence of pop culture can take control of a person’s life. The film left a smile on my face throughout it’s entire run-time and that’s not an easy feat.

Some may be turned off by the film’s weird/oddness and that’s evident from the very opening scene but I think that just as many others will be absolutely in love with the film’s quirkiness. If you’ve ever “geeked out” about something you loved than this movie is for you.  This movie is essentially about a “Fan-Boy” who’s determined to create a proper ending to the show that was taken from him without proper closure and it’s a very fun watch.

It’s most definitely not a film for everybody though as I can totally see some people considering this one to be too “nerdy/geeky” or even “hipster” for their tastes but I do think that this one will continue to find it’s audience this Summer and later in the year and that many will walk away happy that they went out to see it. It’s a good/solid movie overall and while I didn’t absolutely love it, I did have a good time with it overall. My recommendation is to go into this one knowing as little as possible.  I went in that way and I feel as though it benefited my experience.

To best describe the film to any film fan/interested party: I would tell them to imagine if the plots of “Be Kind Rewind” and 2015’s: “Room” merged with the zany characters of “Napoleon Dynamite” and the music and overall quirkiness of 2015’s: “Turbo Kid”. Those films kept coming to mind throughout my watch of “Brigsby Bear” and while it’s definitely an original film on it’s on – I think it’s safe to say that those involved are big movie buffs too and that they took influence from some of the films they love. 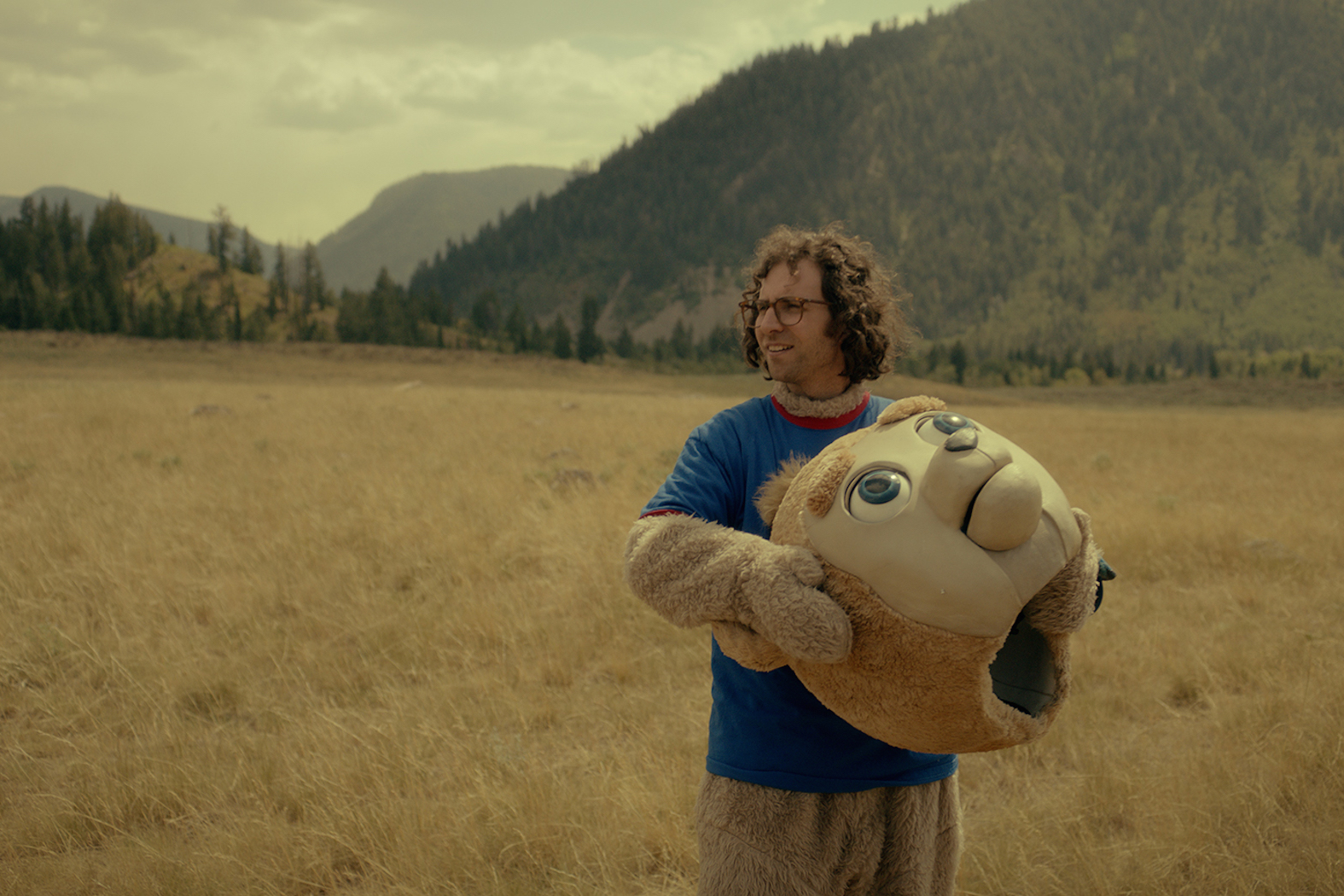 Moving on: The direction, performances from the entire cast and even the screenplay are all really solid pieces of work here and while I do have some flaws with the film as a whole – they are few and far between. I’ll get to those in the coming lines but first, let’s continue with the positives. For starters: Kyle Mooney leads the film here and he is absolutely great – stealing the show among so much other on screen talent and delivering one of the year’s most memorable characters and performances to the screen with lots of energy and emotion. As mentioned, the rest of the cast all turn in some fine work here too and there are some big names and cameos involved but Mooney absolutely overshadows everyone. I don’t want to list too many of the cast members here to avoid spoiling any big surprises but since it’s well known that Mark Hamill is in the film I’ll talk a bit about his role.

Hamill portrays one of the film’s many supporting characters and he turns in a solid performance but it’s a very different role for him.  It certainly wasn’t what I was expecting when I first had heard that he was going to be in this one.  Regardless, it’s great to see him switch things up a bit. 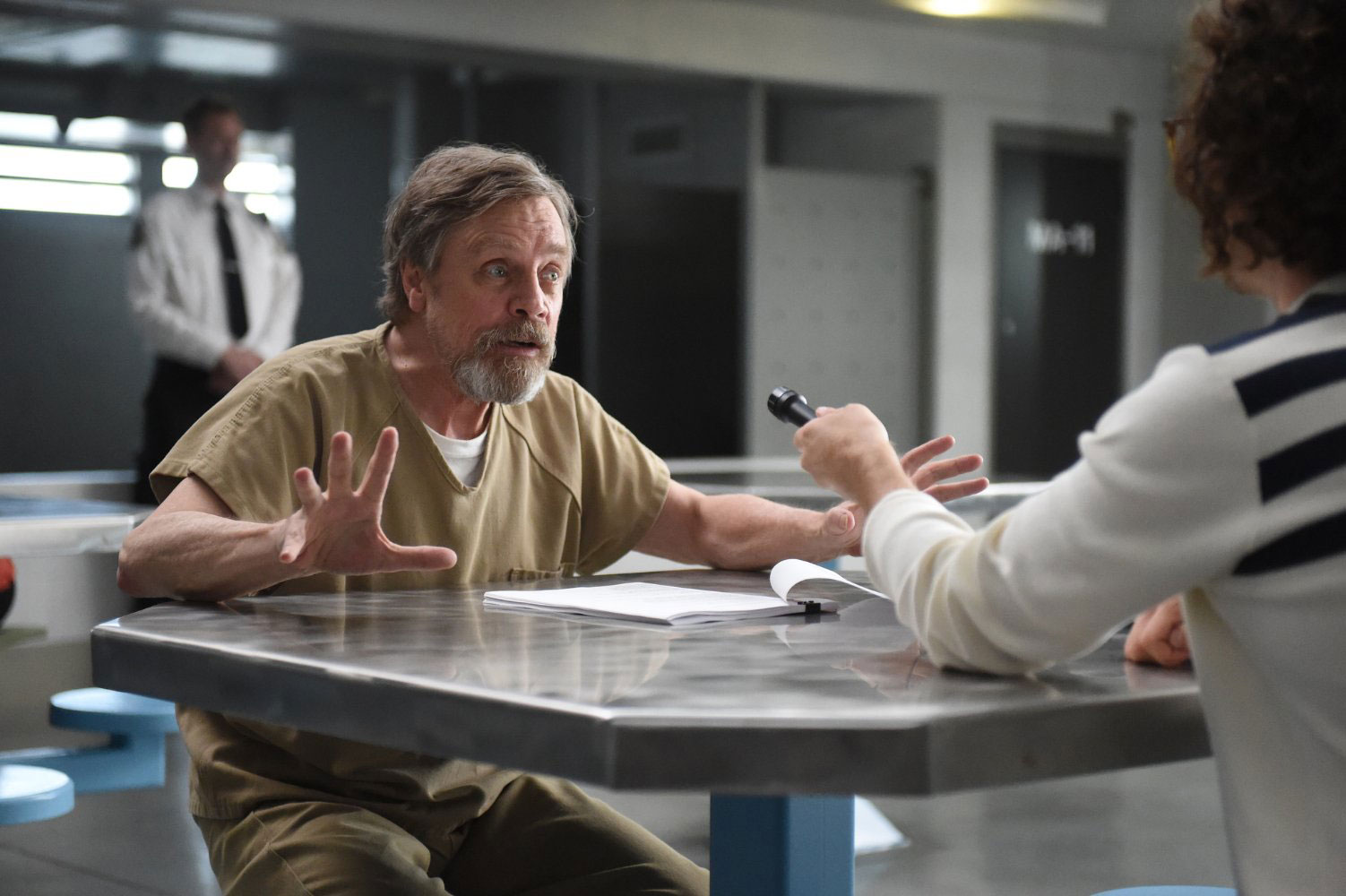 Now, in terms of those flaws I mentioned, let me begin. For starters, I found the movie to be a bit too long. There wasn’t enough of a plot here to warrant the 97 minute run-time and I feel as though the film would have worked better for me at 80 minutes or less instead. Those involved with the film are best known for their work with Saturday Night Live where they have presented a variety of their own sketches, segments and gags on the show and this is their first big feature so it make sense that I have this complaint here.  Regardless, it creates some scenes that dragged for me and it’s a valid complaint.

Continuing on, while those involved clearly tried, I didn’t find myself as emotionally impacted by the film as I should have been. I’m definitely in the target audience and yet the ending really just didn’t hit for me on the level I think it had the potential to. This is still a really solid and sweet film overall and that’s why I’m giving it a solid grade here but still these flaws still exist for me even after two viewings of the film now.  I was expecting to love this one but ended up just liking it.

In Conclusion/My Verdict: 3.0 Stars out of 5.0 –  Dave McCary’s debut feature: “Brigsby Bear” isn’t a film for everybody nor is it the Must See Indie movie of the Summer but if you’re willing to give it a chance with an open-mind than I think the film might win you over in the end.  It’s a film about the pure joy and innocence of creativity and the power that pop culture can have on a person and it sure managed to put a smile on my face above all else.  It finds a good mix between it’s comedy and drama and it’s a well balanced film overall. Likewise, the direction is solid, the performances are all really strong and the screenplay itself provides some really good material too.  I do have some small flaws with the film but the positives certainly outweigh the negatives enough to get this one to a fresh grade from me.  If you’re interested: I’d say go check it out!

For those in Canada: “BRIGSBY BEAR” is Now Playing in Toronto, Vancouver and Montreal from the folks over at Mongrel Media. Expansions to other cities will follow in the coming weeks *starting Friday the 11th*

For those in the US: “BRIGSBY BEAR” is Now Playing in Select Cities – It’s entering it’s third weekend of release and it will continue to expand throughout August.  Check your Local Listings for more.  The folks at Sony Pictures Classics are handling the distribution.