Yu-Gi-Oh: The Dark SIde of Dimensions (My Movie Reality Guest Review)

When I watch movies I like to hope for the best. I don’t go into any movie hoping that it’s terrible, but sometimes that’s just what I get. This is the case with Yu-Gi-Oh: The Dark Side of Dimensions because this movie was not good at all.

This movie takes place after the events of the original Yu-Gi-Oh! anime and follows Yugi and the gang as they have to take on a new threat. That’s all i’m going to say about the story because going into detail about what happens would give the illusion that the movie had any sense of depth. The movie plays out like an extended episode Yu-Gi-Oh. No I mean it really does. It has everything you would expect in a Yu-Gi-Oh episode. Everything from questionable voice acting by the majority of the cast, to unbelievably horrible dialogue.

Let’s talk about those voice actors for a second. Dan Green returns to voice Yugi. He’s just as annoying as always. What makes it even worse is that it’s been some time since he last voiced the character, so he sounds like he’s struggling to get the right voice for Yugi. Wayne Grayson returns to play Joey Wheeler. There’s not much to say here because he doesn’t do much. A questionable decision they made was getting Wayne Grayson to also do the voice of Grandpa Muto. He only has a couple of lines at the beginning of the movie, but he sounds horrible. The villain of the movie, Aigami, was voiced by Daniel J.Edwards and he was also pretty bad. The only person who seemed to even be trying was Eric Stuart, who voices Seto Kaiba. I guess that makes sense being that most of this movie revolves around him.

Seriously, this is Kaiba’s movie. He has most of the screen time and is the only character that doesn’t seem completely one dimensional. I’m not saying he’s complex or anything like that, but he the only character that’s changed even the slightest since the last episode of the series. Ever since the game between Yugi and Atem, Kaiba has been obsessed with bringing Atem back. This obsession he has leads him to do some of the most over the top things in the series (and that’s saying a lot). He’s easily the best part of this movie, but that’s really not saying much. 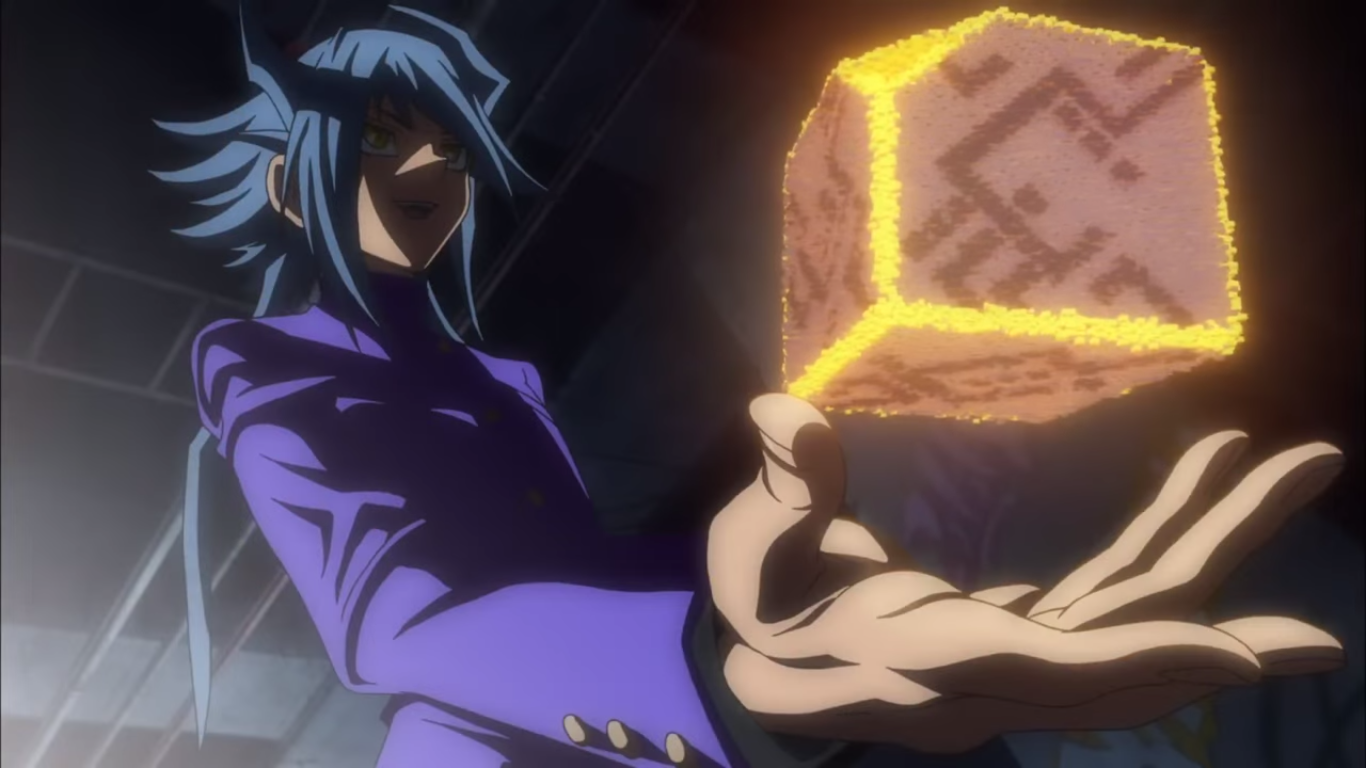 The animation is not good. Granted, the animation in this film is a big step up from the series. It just doesn’t really hold up as movie quality. I saw this in a theater so the animation was really exposed by the big screen. There was a lack of detail in just about everything, so it looked bland. Oh and the CG they used for the card holograms…not good. It looked weird and stuck out for all the wrong reasons.

As I mentioned before the script is awful. Some of the lines in the movie made me want to bang my head on a table. Admittedly, those type of corny lines are what give series like Yu-Gi-Oh its charm. It still doesn’t excuse some of the piss poor exposition and completely flat dialogue. The random screams when they summoned their monsters sounded so forced. They do it for absolutely no reason. The only thing I enjoyed were Kaiba’s one liners. The dude really knows how to insult people. Once again, he was the best part of the movie.

The actual Duel Monsters game in the movie got an upgrade. They finally decided that 8000 life points is the way to play. The cards even had actual card text on them which I thought was cool. For a second I thought the games played in the movie might resemble the actual game, but nope. Both Kaiba and Yugi can’t help themselves and just plain cheat at certain points. Also, the type of duel set up by Aiyami throws away most conventional rules of the game. The only good part about this is that at least they gave a reason for why their games make no sense. Good job I guess? And the one thing I hated about duels in the series found a way to creep itself into one of the duels in the movie. I said before that this plays out exactly like a Yu-Gi-Oh episode and I was not playing. They had a flashback in the middle of a game. I can’t put into words how much it annoys me when they stop everything in the current game to give us a flashback that doesn’t accomplish anything.

Aside from that, there were just some things in the movie that I feel the need to address. Some of these might be considered minor spoilers, but I assure you that it won’t change your viewing experience if you plan on watching this movie.

So, why is this movie 2 hours and 11 minutes long? This movie had the same run time as Rogue One: A Star Wars Story. As you might have expected, it drags on so much. I found myself falling asleep at multiple points. There’s nothing about this movie that justifies its run time. This is pretty much the Transformers of anime films.

Some of the character designs were weird. They decided Tea needed to change her appearance a bit. That was pretty awkward. There was also this one bully from their school that didn’t look anatomically correct. That’s the best way I can describe him.

Did Seto Kaiba take over the world or something? During the movie Kaiba seems to know everyone’s whereabouts at all times. He eventually reveals that he has all of Domino City wired. Everyone just shrugs it off like there’s nothing wrong with that. Seriously? No one has a problem with Kaiba Corp. spying on them 24/7? Not even a hint of outrage? REALLY?!

When did Kaiba get his hands on Stark technology? This dude has the craziest technology ever. He created a new dual disk that he says is connected to his brain yet it looks like it’s just an advanced bluetooth headset. He has data that gets projected from somewhere on his arm in a manner that resembles the toolbox from Agents of Shield. He even has a chair that shoots him up into a tube that takes him into a satellite. You would think this dude was trying to form the Justice League. It’s so ridiculous. OH and at the end of the movie he takes it to the next level. I thought there was no way he would top the satellite tube, but he finds a way to blow it out of the water.

Overall, Yu-Gi-Oh: The Dark Side of Dimensions is a movie that doesn’t need to exist. On the checklist of terrible things, it marks off pretty much every category. Terrible story, check. Terrible dialogue, check. Sub-par animation, check. Fan service, check. A useless villain, check. Breaking the rules of the game that they establish, check. Flashbacks during games, check.

The only entertainment I got from this movie was from Kaiba’s over the top antics. If there’s one saving grace here it’s that the movie knows not to take itself seriously.

Yu-Gi-Oh: The Dark Side of Dimensions gets a 21/100 and is awarded the title of…

If interested, check out more of my reviews on My Movie Reality